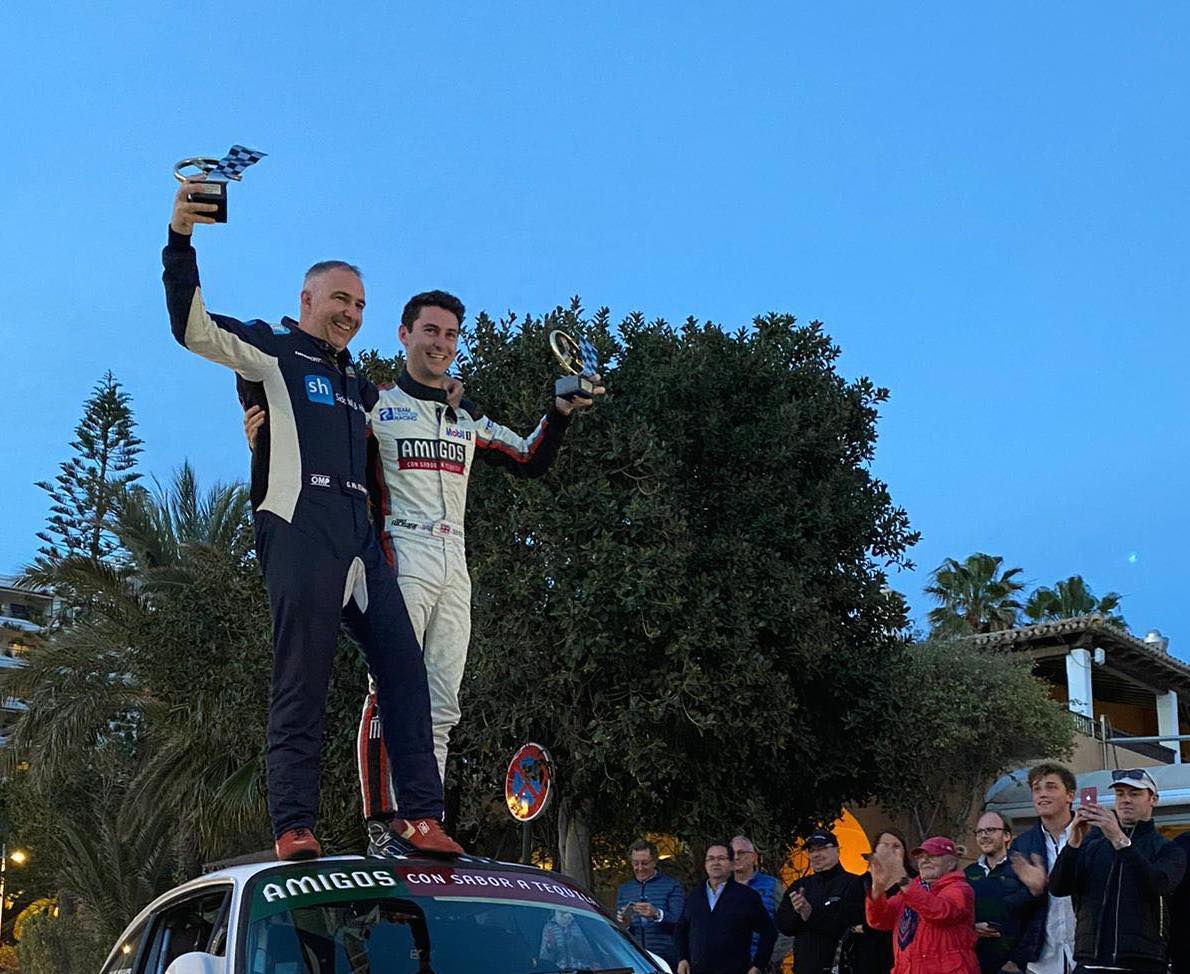 Gary McElhinney on his Mallorca win and a journey less travelled

THIS MORNING, Gary McElhinney should have been boarding a flight to Marrakech.

Instead of heading off to Morocco to prepare to compete in his latest rally he is, like most of the world, grounded at home.

McElhinney returned to Ireland at the weekend after winning the Rally Clásico Isla de Mallorca-Puerto Portals, navigating for British rally driver Seb Pérez. Fortune favoured as he boarded the flight for home just as Mallorca’s airport was preparing for a shut down.

McElhinney has had some  close runs calling the notes with Pérez having had two second-place finishes. Their win in Mallorca at the weekend was their first as a team.

The event was cut short, from three days to two, due to the escalation in the spread of the Covid-19 virus, but Pérez and McElhinney won by 53.6 seconds in a 1975 Porsche 911 Carrera.

“When you’re against the locals in Mallorca – who know the stages like the back of their hands – you have to really up the game.

The stages are very much different to here. The roads we rally out in Mallorca are on very twisty, scenic roads and it’s very hard to compare to Ireland. To look at a stage in Donegal that people “would be familiar with, it would be like a wider version of Atlantic Drive.

“It’s a scenic road around the side of a mountain. The roads are very smooth, but extremely twisty. The stage lengths range from 8-15 kilometres.”

McElhinney has been all over the world rallying and Mallorca has been a popular destination for he and Pérez. This was their second rally in Mallorca this year having competed in three last year.

McElhinney and Pérez beat off German duo Stefan Oberdörster and Beate Oberdörster for the win. Another German pair, Heiko Becker-Rohbach and Meik Hochweller were in third.

The well-travelled McElhinney – who competes as a driver himself at times – began rallying when he was just 16, sitting alongside his father for an event in Ballina.

He said: “I’ve done a lot of stuff around Ireland and then I started doing events with Frank Cunningham, an American with origins in Galway. I did rallies around Europe with him. That was my first time away and it led on from there.”

He was in New Zealand when the offer to sit with Pérez – whose father, Steve, is a former WRC driver and a successful businessman – was made. Their first as a team was in Belgium and they’ve competed in eight events since.

He said: “It’s a big commitment. I’m away quite a bit around the world. At times it can take over a day to even travel to these places. You have to love it and have a passion to head away like that. It’s a great experience to get around the world and see places in the world you’d never normally be in. I’ve been up and down Africa ten times with rallying.”

His fiancée, Charlene Wilson, takes care of their two young boys, Scott (5) and Jack (1), when Gary is around the world. Her support, he says, has been vital in enabling him to compete in such events.

This week he was to have touched down for a three-week spell in Morocco, to take in testing, recce and rallying while another event had been pencilled in next month in Kenya. He’s been from Africa to Barbadoz, New Zealand and Zambia.

And yet, the one that lights the biggest spark is upon the doorstep.

“The Donegal International is the favourite for obvious reasons,” he said.

“It’s my local rally and it’s the big buzz event in Irish rallying.”

From his navigator’s seat, Tanzania, he says, is his favourite so far. Two years ago, he won the Mkwawa Rally Iringa, sitting with Amed Huwel in a Ford Fiesta Pronto.

He still tries to compete as often as he can as a driver. The unique experience of seeing both sides of a rallying partnership certainly stands to him.

He said: “It’s not normal, I suppose, for many people to do both. You’re usually either one or the other. For me now, driving only happens three or four times maximum.

“It’s probably an advantage as a co-driver to have the experience of driving. You’d sense if the driver is a bit committed and you kind of know what will work or what won’t. Also, if you’re in a battle with someone you can know if there’s a bit more left.”

Gary McElhinney on his Mallorca win and a journey less travelled was last modified: March 18th, 2020 by Chris McNulty