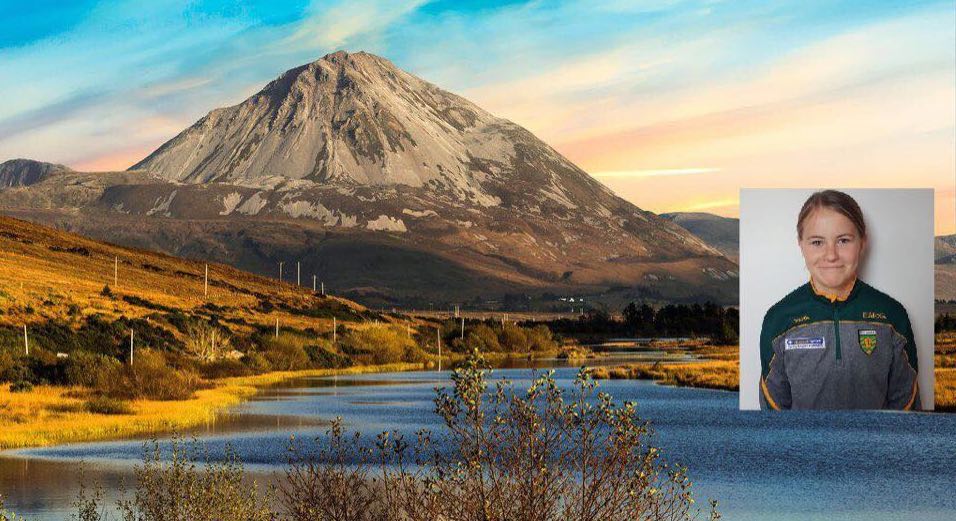 CAN you kick a football off the top of Errigal and land it perfect into a bin at the back of a house in Donegal? Well, one young Dungloe footballer has shown how it’s possible!

Over the last week or so, since sporting activities shut down due to the spread of the COVID-19 virus, teams all over Donegal have come up with new, enterprising ways of keeping active and entertaining themselves at the same time.

Donegal Under-14 player Ellie McGarvey has managed to scale new heights with her version of the wheelie bin challenge.

“We’ve done all sorts of things, like hand-passing drills against the wall, kick=passing and so on.

“Some clubs have done challenges where players kick the ball through doors, through basketball hoops and all sorts.

“We’re having great craic with our lot. At one stage, baby photos were uploaded and the players had to guess who it was.”

Ellie, though, combined all the skills as she solos out of the front gate in Dungloe in the video recorded on Sunday.

Through the scenic west Donegal roads, Ellie continues before she reaches Errigal.

At the summit, Ellie launched a perfect right-footed kick that takes her mum, Emma, off guard as she puts out some recycling!

There was much more about Ellie’s video, though.

Skelly said: “Ellie hasn’t worn the goggles until now. She has been conscious of wearing them. She was tested before Christmas and has played two games without them – but she’ll have had plenty of practice now by the time we get back playing!”