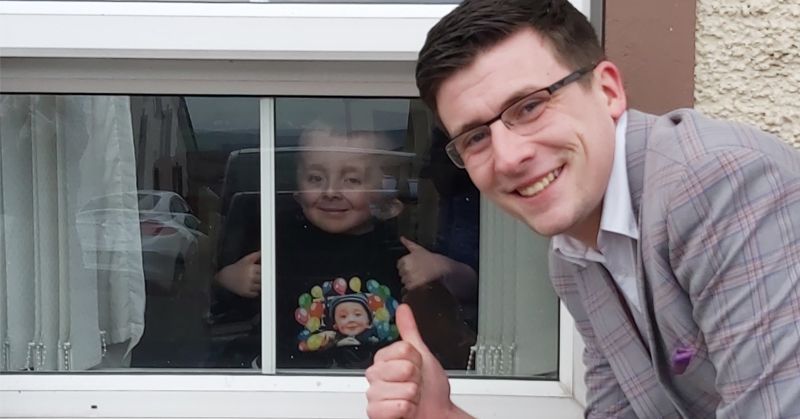 A special Donegal boy enjoyed a series of surprises on his ninth birthday this week – including his own personal concert.

Jack Beattie from Raphoe may have missed out on a traditional birthday party on Monday due to Covid-19, but what he got instead was a birthday never to forget.

The nine-year-old, who is staying in isolation at home, was treated to a concert from Castlefinn country star Chrissy Mac, who arrived at his driveaway to sing some of his favourite trucker hits.

Chrissy entertained Jack and the entire estate as they all kept a safe social distance. Jack loved the surprise and was seen dancing and waving from his seat at the window.

The kind gesture was one of many special moments for Jack on his big day.

He received well over 1,000 cards and gifts from well-wishers in the post. And he received an impressive gift from his friends in An Garda Síochána – a promotion to the rank of Honorary Sergeant!

Little Garda Jack is promoted to Sergeant on his birthday

Donegal woman at the helm of new...