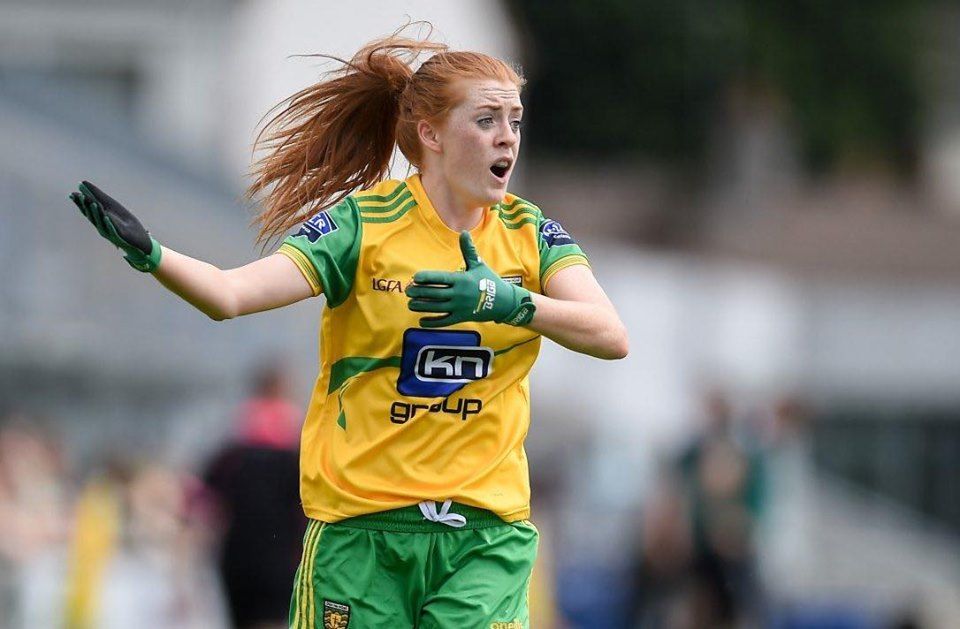 SHE SHOULD have been packing her bags this week to head for Austin, Texas as part of the Ladies GAA All-Star tour.

Instead, Deirdre Foley is among Ireland’s health workers bracing herself for the expected upsurge in Covid-19 cases.

A junior doctor, who qualified from UCD last year, the Carndonagh woman knew the game was up on All-Star tour about six weeks ago.

Now, though, she’s one of Ireland’s real stars. As a footballer, she’s best known for her performances in the half-back line, but right now she’s starring in the front-line of Ireland’s attack on the Covid-19 virus.

“We’re expecting an influx,” she says.

“This isn’t something anyone can really prepare for. The hospital are very good at keeping us updated with what’s happening. We get new PDFs each day about patient management and we’re getting a masterclass once a week.

“It’s very hard to judge it at the moment. You can see, driving to work, that everything is much quieter.

Foley spent the first six months of her intern year at Letterkenny University Hospital before transferring to Galway, working in surgery.

All surgery, bar cancer treatments, are being cancelled as the medical landscape across Ireland changes rapidly. Working life, as she knew it, has utterly altered.

She says: “We’re very much in the preparation phase in Galway. There is an eerie, strange vibe in there and there is a lot of change every day.

“There is definitely a feeling of a calm before a storm, but it’s not so much calm as a lot of unknown.

“It’s hard to judge how well the hospitals are going to cope with everything.

“It may come to light how everyone works extremely hard in the HSE. We don’t have so many critical care or ICU beds. They’re doing their best to make make-shift beds. We aren’t going to have enough for the percentage who may get sick. That’s why we need to work so hard to flatten the curve quickly.”

Yesterday, it was announced that ten more people died as a result of Covid-19 – more than doubling the amount of deaths in Ireland.

There are now 1,819 confirmed cases in Ireland and 19 people have died after contracting the virus.

The graph continues to move upwards and Foley has urged the public to keep following the various guidelines that have been in place. 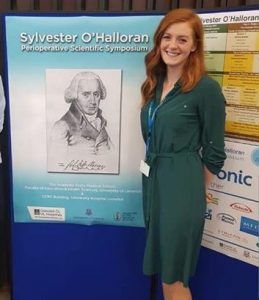 She says: “Everyone is praising the healthcare workers, but there is only a finite amount that hospitals and medical professions can do. There are only so many critical care beds and there is a ceiling as to what we can do.

“That makes prevention so important. We can’t cure it or treat everyone with the same care, but the public can do what they can to help stop the spread and flatten the curve.

We would hope to see a flattening in the next couple of weeks, but it’s hard to say for certain.

“We have to keep doing what we’re doing for now.”

Sport came to a standstill earlier this month and it soon became apparent that the March 31 deadline was going to be overly-ambitious. Even now, the April 19 extension is fanciful.

Pubs, clubs, theatres, libraries and other public places were shut down before St Patrick’s Day and this week An Taoiseach Leo Varadkar pulled the shutters on other non-essential businesses.

Foley has backed the Government stance.

“If everything had shut down straight away, people might stop obeying by the rules. So, instead of forcing it, people need to see why we are doing what we’re doing. I think the Government have given people a good chance.

“It is up to us, the people, to do what we do every day. Italy didn’t get that chance. It took over in Italy before they were able to get a grip of it. People are doing their best and people are being very supportive. Ireland has had a bit of an advantage over Italy as we can see what has happened and what is happening over there.

“We have to hope that the testing will stand to us. I have a lot of faith in the people making decisions. We don’t appreciate that, for a small country, we have a lot of very intelligent people in Ireland, especially in medicine. We have some of the best experts in the world here in Ireland. We don’t have a lot of them, but we do have great expertise among our consultants and chief medical officers.”

The first deliveries of PPE will arrive in Ireland on Sunday from China, which will ease the worries of healthcare staff, who feared that a lack of equipment would become a noose around their necks.

An All-Star nominee, at left-half back, in 2018, Foley has been a leading light for Donegal ever since the days when they were making the breakthrough of the All-Ireland Intermediate win of 2010.

It seems so recent that she was playing for Donegal on March 8 as they defeated Cork in Ballyshannon.

So near and yet so far away. It seems almost other-worldly now.

“I had been really enjoying the football this year, too,” she says. “I had been injured for every League for the last four years so I was delighted to be back playing regularly. It feels like a lifetime ago that we beat Cork. It was a brilliant for us.

“Football doesn’t matter any more. it’s a strange feeling. Football will always be there and it’s no harm for people to get some perspective on it.

“People who play football will stay fit and do what they need to do.

“It was hard just to have it halted like that. We had a very good bond with a lot of new players and it just stopped.

“Like everything, the hardest part of this is the unknown.  You just don’t know: It could be a long time, but then again it mightn’t be.”

Mentally, the darkness of the unknown can be the biggest challenge.

“People should still get a routine,” Foley – who hopes to get back to LUH this summer and train to become a GP – says. “Put the phone away and stop checking Twitter. Don’t watch a film with the phone in your hand. It’s very hard to switch off, but now is the time to do it. People should try and do more exercise now and get into a good routine as best they can.”