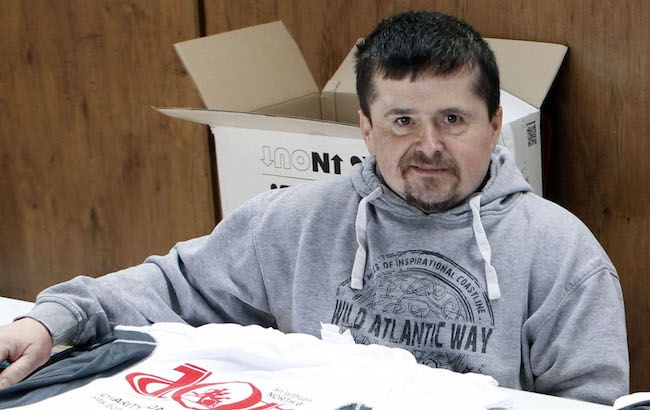 Parish says a fond farewell to the late Frank Larkin

St Eunan’s Cathedral has paid tribute to the late Frank Larkin after he was buried following his funeral mass today.

An unfortunate glitch meant the Cathedral’s live coverage of the much-respected Letterkenny man’s funeral mass could not be broadcast.

It was a huge disappointment for the hundreds of mourners who wanted to join Frank’s family for his funeral mass online.

A spokesperson for St Eunans explained that the server that hosts our live-streaming appears to have had problems for our noon Mass today, offered for Frank Larkin Jnr.

A message on the Cathedral’s Facebook page read “We apologise for this: we had no way of resolving it in real-time.

“We extend our sincere condolences to Pauline, to Frank Snr., to his mother Brighdin, his brothers and sisters Louise, Geraldine, Olga, Sharon, Linda, Paul and Gareth.

“Frank was a wonderful member of our parish and town community, and we all revere him for his fundraising and efforts to raise awareness of all who live with disabilities.

“He achieved so much for himself to make a real difference and a contribution that will endure.

“We pray that the Lord receive him joyfully into eternity and grant consolation to all who knew and loved him.”