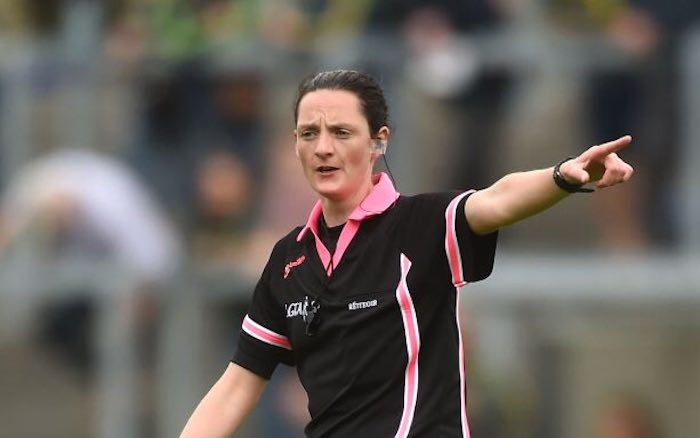 ‘It can be a daunting role’ – Maggie Farrelly on refereeing

WITH experience of refereeing in both ladies and men’s inter-county football, Maggie Farrelly is among the most versatile sportspeople in the county, but her sporting talents are even broader than patrolling the big ball game.

As well as encouraging young referees into football, she continues to play with her adopted Glenfin in Donegal, while the Cavan-born official is aiming to bring niche sports like tennis, cricket, rugby and gymnastics to the north-west.

Farrelly is employed as Educational and Training Coordinator for the Donegal Sports Partnership and she says chasing her refereeing dreams and forging a career in sport is a satisfying blend.

“It’s great to be involved in something that I’m passionate about. Sport is a massive part of my life. It’s a fantastic opportunity to work in that field,” said Farrelly, who is in her 15th season as an inter-county referee.

“I’m working with minority sports through the North West Sporting Pathways Programme, which is run in conjunction with Derry and Strabane District Council, Donegal County Council and Donegal Sports Partnership.

“My remit is to try and develop minority sports like gymnastics, boxing, female rugby, tennis and cricket. The main two I focused on were tennis and gymnastics. We got a commitment from Ulster Tennis to run an academy and the aim is to create a North West Tennis Academy. 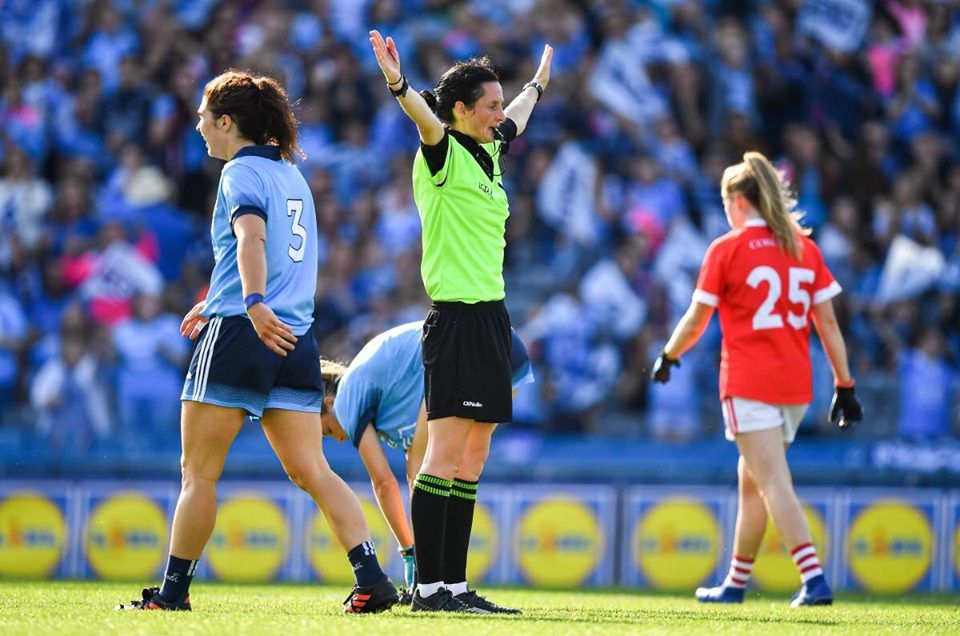 “Our first session was due to start on 15 March, but that’s on hold for now. We’re waiting to see what happens in the coming months.

“I’ve been working on this programme now since December 2018 and it was due to finish in June this year, but they were hoping for an extension. That is unclear at this point due to the situation that we are in.”

Like all players, coaches and supporters around the country, the lack of game-time is affecting the refereeing community.

Farrelly hasn’t refereed a game since 8 March and during that time she missed out on officiating at the men’s U-20 All-Ireland semi-finals, which were scheduled for Croke Park on St Patrick’s Day.

Her first blow of the whistle came when her home club Laragh United nominated her as their club referee, and after developing a taste and skill for the job, Farrelly quickly soared through the ranks.

She refereed her first ladies inter-county match in 2006, and took charge of the TG4 Junior All-Ireland Final in 2007.

“I have continuously refereed in both codes, that’s important to me. Having that open communication with both Associations is vital. You have to let them know when you’re available and when you’re not.

“Sometimes you find yourself juggling, trying to do your best. It can be quite challenging because you are giving a massive commitment and the sacrifice you are making is no different to that of an inter-county footballer.

“You miss out on the family events, weddings, christenings and things like that. That’s the commitment that’s required for refereeing.”

Like all referees, Farrelly is a rules aficionado, but she thinks gaining the ability to shake off criticism is just as important as her talents with the whistle. 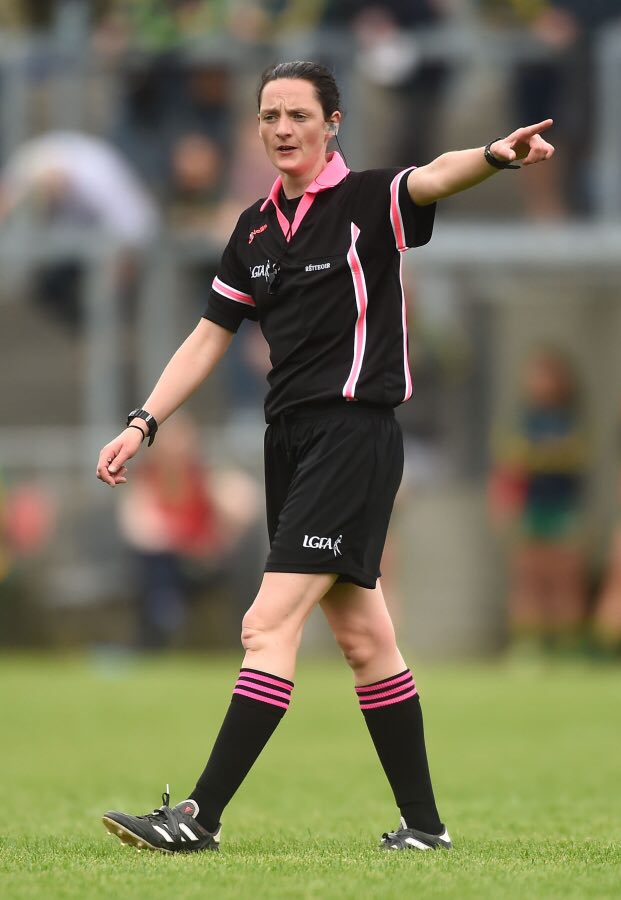 “It can be a daunting role to take on, it’s not for everybody and a lot of referees get a lot of stick about different things when it comes to decision making. It’s easy to be along the sideline and be critical of somebody.

“You definitely need to have a thick skin, without a doubt. If you went out and refereed a game and you got tonnes of abuse the likelihood of you coming back is very slim, unless you have got that willingness to see it through.

“My philosophy has always been that fitness is a key part of how you referee, as well as showing courtesy to players, being respectful, trying to be as consistent as you possibly can to both teams and implementing the rules as you go along.

“Having that commitment is huge: you just don’t turn up with your bag on a Sunday with your whistle in your mouth. Preparation is a massive thing as well, while your team of umpires are a key part of your team. You have hand selected those people and they are an important part of your team.”

One of three female referees policing the inter county game in 2020, Farrelly has long called for increased numbers of women to get involved with the refereeing scene.

The LGFA’s Referee Academy currently has ten females enrolled with the aim that they will progress to meet the standard of the national panel in the coming years.

And Farrelly says she is enthused by what the future holds, with encouraging signs coming from the LGFA’s Female Leadership Programme too.

“It’s great to see more females getting involved. In fairness the LGFA launched a programme last year, the Female Leadership Programme. That was divided into different sections and one of those was refereeing.

“There were five new referees introduced after that programme and in a couple of years’ time, you’d hope that those five girls might become involved in refereeing.

“One of them has done the line for me a couple of times. She is refereeing in her own county and in Leinster, that’s great to see that they are giving the commitment. But the support is also there and that’s key, particularly for new referees.”