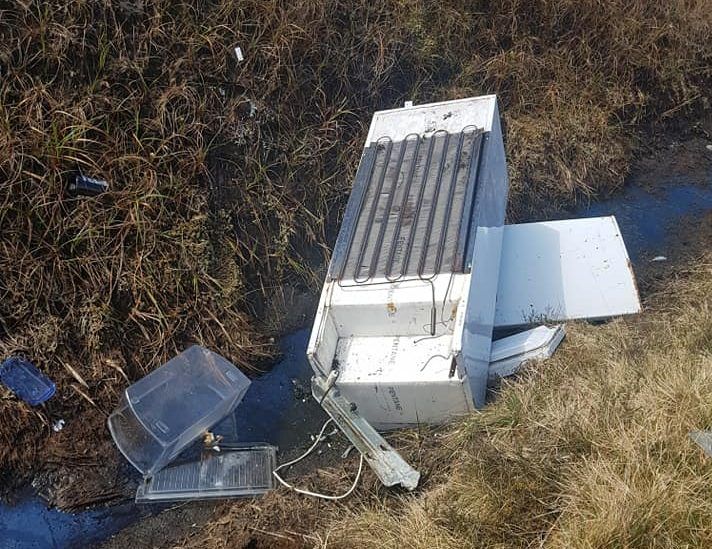 ‘An unwanted blight’: Donegal Councillor hits out at rural dumping

A RECENT upsurge in refuse dumping and fly tipping throughout Donegal has been blasted.

Donegal Councillor Albert Doherty has hit out and what he called an ‘unwanted blight on the environment’.

The Carndonagh-based Sinn Féin Councillor hit out after the latest spate of dumping along a scenic road in rural Inishowen.

Household waste and also items such as a fridge freezer and car batteries were among the items discarded on the side of the Glen road heading to Lough Inn, near Carndonagh.

“The recent upsurge in refuse dumping throughout rural and not so rural parts of Donegal is an unwanted blight on our beautiful countryside and local environment,” Cllr Doherty told Donegal Daily.

“The much heralded government lead ‘Anti Dumping Initiative’, launched in May 2019, in association with local authorities, has seemingly little impact to date in curtailing the wont of dumping in rural areas.

“I have called for an immediate action response from Donegal County Council who with Leitrim County Council are the Waste Enforcement Regional Lead Authorities (WERLA) for Connacht/Ulster and have the onus of delivering an adequate response and effective anti dumping initiatives for the region.”

Cllr Doherty noted that the items included in this instance could all be recycled free of charge in each of Donegal’s six recycling centres, one of which is located in Carndonagh.

There are six recycling centres in Donegal, located at Carndonagh, Letterkenny, Milford, Dungloe, Stranorlar and Laghey.

No change in number of Covid-19 cases...

Beachgoers urged to be on alert for...