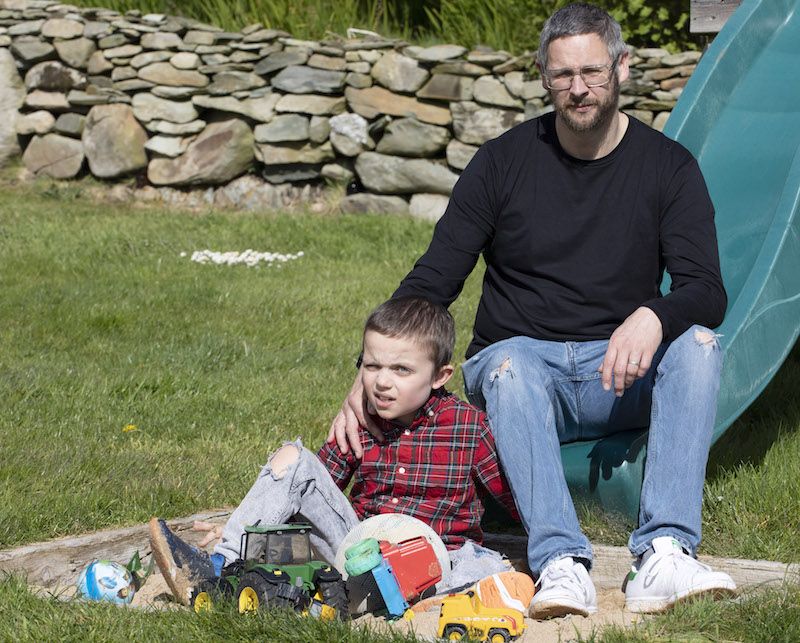 written by Stephen Maguire May 2, 2020
Facebook0Tweet0LinkedIn0Print0

A young Co Donegal boy has used the Covid-19 lockdown in the best possible way after learning to walk for the first time.

The symptoms of NF1 vary but it includes the growth of tumours along nerves in the skin, brain, and other parts of the body.

The condition meant the young boy from Culdaff on the Inishowen Peninsula, who also lives with autism, was always going to have many challenges in life.

His parents Mary and Kevin accepted Michael’s condition and made every day special to ensure that their child had the best possible care and attention that they could give him.

As a newborn, he was a difficult feeder and could not be bottle-fed.

Instead, a small drop of milk had to be placed on his tongue which led Mary to lovingly referring to Michael as her little birdie and the loving childhood name has stuck to this day.

But their challenge was made even more difficult when ‘Birdie’ was diagnosed with a cancerous tumour in his left leg when he was just two years old.

Despite all the efforts of their medical team, surgeons at Crumlin’s Children’s Hospital in Dublin were forced to remove Michael’s leg below the knee.

Mum Mary says the days around Michael’s amputation are a bit of a daze because so much was going on. 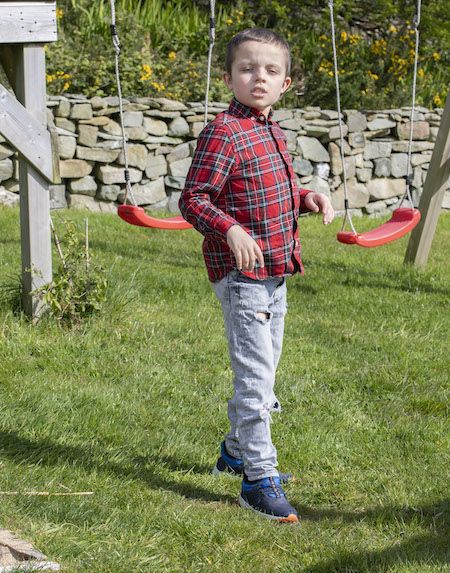 “We accepted that Michael would have challenges as a child and he was soon diagnosed with NF1 which is a genetic disorder but which was never in either of our families before.

“We got on with things and Michael was our child and we gave him all the love and attention any parents could.

“But when he was two and half years, we were told he had cancer. It was devastating. I was numb. He had gone through so much and now they were telling us that he had cancer and then had to have his leg amputated.

“But again we went through all that and the medical teams at Crumlin and Cappagh Hospitals were so good to us.

“But to be honest it’s just all of a bit of a daze because there was so much happening,” she said.

Like all parents whose children find themselves facing life-saving treatment, Mary and Kevin once again picked up the pieces.

Mary admits that there have been challenging times when she wondered what was around the next corner for them as a family.

She praises all those who helped Michael in so many different ways including clinical specialist in prosthetics, Donna Fisher.

But despite getting a prosthetic leg, Michael never quite got used to walking alone.

He soon fell in love with an orange walker which helped him move about with a certain amount of freedom.

Mary says they were happy with Michael’s development and accepted in many ways that he had a fear of letting go the walking frame. 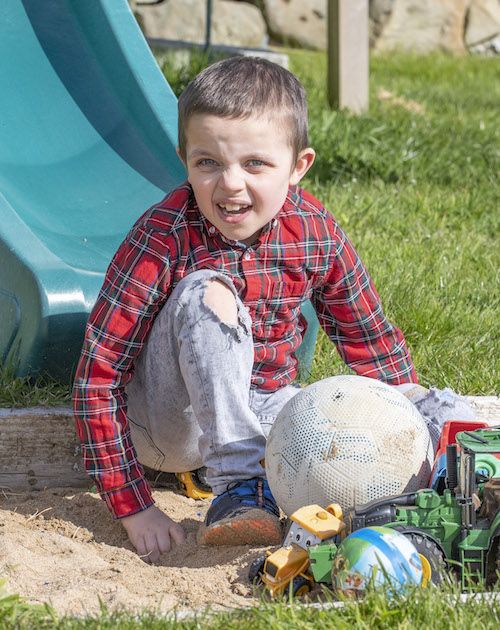 Like thousands of other pupils Michael’s school, the Little Angels Special School in Letterkenny, closed its doors in March because of the Covid-19 restrictions.

Mary and Kevin, who have two others sons, found it a novelty having the children at home at first but admits it has been trying.

She said she knew Michael would especially find it challenging because he loves going to school each day.

“He just loves going to school. He waits for the Castlefin Cabs bus to take him each morning and he just loves Little Angels. I can’t say enough about the staff and he gets on so well with everyone there.

“Each morning he was like…school in April, school in May before he eventually said ‘school next year. I had to laugh at that,” said Mary.

But just a few short days ago something happened during the lockdown that will forever change the lives of the McLoughlin family.

Michael recently received a new prosthetic leg and insisted on covering it with stickers from his favourite cartoon show ‘Meg and Mog’ which Michael loved.

Mary noticed that Michael was holding onto the wall of the hallway one day and that he wasn’t relying on his walker.

He took a couple of steps. They were wobbly, like a little bird standing for the first time in the nest. Unsure. But he persevered and soon there were a couple of other steps. 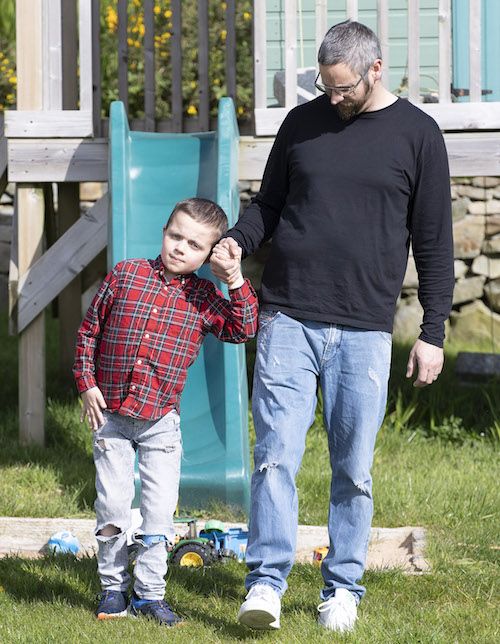 Today a Facebook video of Michael proudly walking through his home with his Ghostbusters sweatshirt has gone viral.

Mary says she can’t quite explain it but says the Covid-19 restrictions has touched the family in a way that they never imagined.

“There I was promising myself that I would do lots of things like learn Italian and cook better. And then Bordie comes along and decides he goes to walk for the first time by himself. We’re lost for words,” she said.

It’s still early days but Mary and Kevin are now looking forward to so many adventures with Michael which many other parents would simply have taken for granted.

“Simple things like paddling in the sea. His wheelchair is too heavy to take through the sand but that’s not a problem now.

“He can’t wait to go back to school to show the teachers and his friends how he can walk now. I’m so looking forward to seeing their faces.

“Every parent dreams of teaching their child how to ride a bike and a trike might just be on Santa’s list next Christmas,” beamed proud Mary.

There is one very welcome problem which most parents can relate to with their children during the Covid lockdown but in Birdie’s case, his parents don’t really mind.

“He’s a little devil for the fridge now. Before he could not open the fridge to take food out before his walker got in the way.

“Now he has the freedom to go to the fridge and open it. His head is never out of it,” laughs Mary.