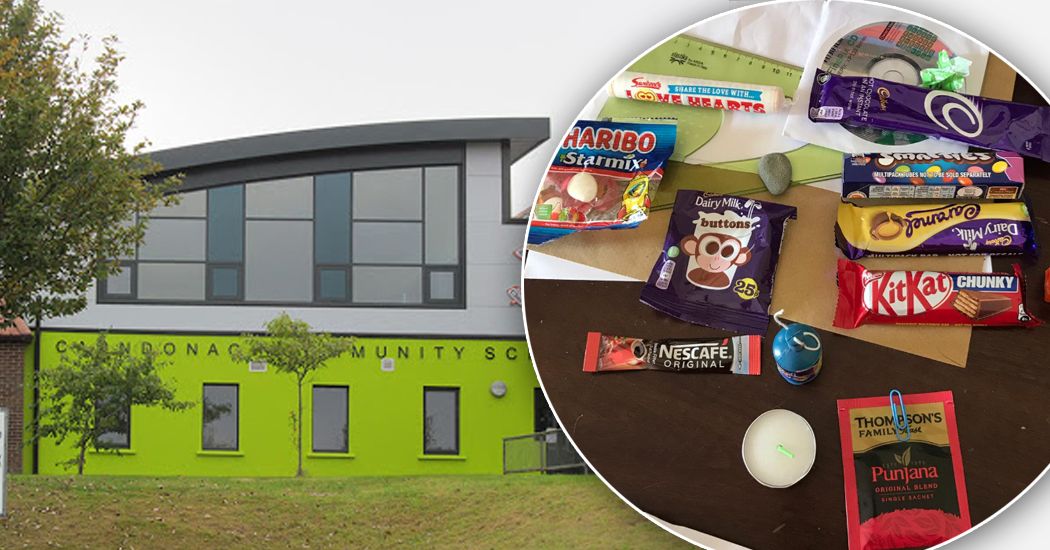 Leaving Cert students at Carndonagh Community School received a much-welcomed surprise this week when Care Parks were delivered to their homes.

The packs were organised by school staff to show every pupil that they had support during a time of great uncertainty.

With Leaving Cert plans up in the air, the school Wellbeing Team recognised that students needed a little pick-me-up in the form of chocolate treats, comforting tea, coffee and school supplies. They also received a party popper to pop when everything is finally over!

A motivational message reassured students that there are better days to come.

“All the staff want the school leavers of 2020 to know that no matter what’s happening in the world around them, CCS has their back,” said a message from the school.

The packs were gratefully received by all the sixth year students and are sure to come in useful today as they deal with the official postponement of their final exams.