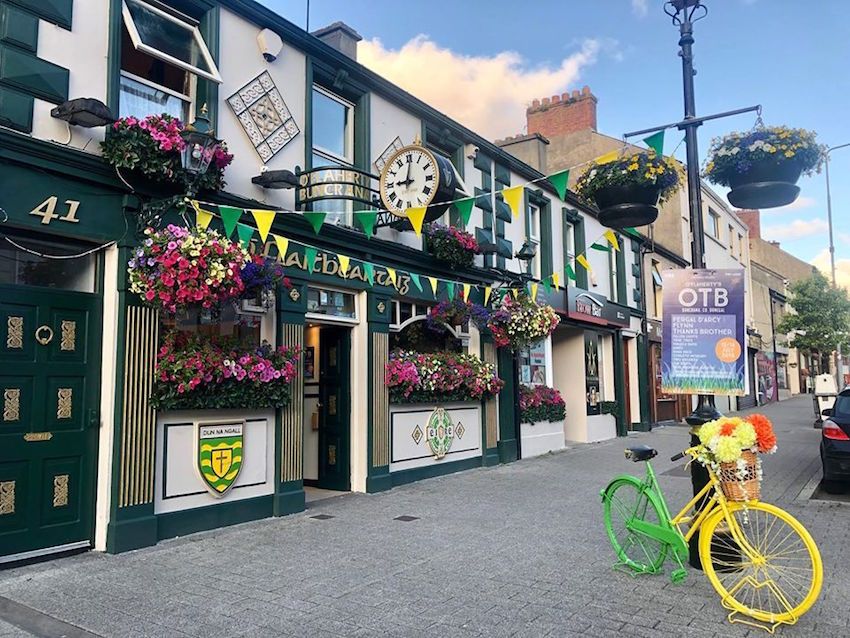 A Co Donegal bar has been forced to close its takeaway service after it was visited by Gardai.

O’Flahertys Bar in Buncrana had been serving pints of Guinness to its many regular customers in recent weeks.

The pints of plain were being delivered by car and even by bicycle on some occasions.

However, the long arm of the law has decided to put a stop to the flow of the black stuff for the moment.

A spokesperson for the popular bar said they have now been forced to stop their delivery service after they were visited by Gardai last night (Sun).

The spokesperson said “Sorry folks unfortunately tonight we were forced to stop the Guinness Express.

“We were swarmed by one undercover Garda, two patrol cars, one sergeant and one uniformed garda.”

The pub also claimed that 20 pints of Guinness was confiscated.

The spokesperson added that they have been in discussions with local Gardai over the legality of operating a delivery service.

However, O’Flahertys said Gardai have been unable to tell them which law they were breaking.

Anybody who has pre-paid for their pints of plain will be refunded in full, the bar added.

They also encouraged people to leave comments on their Facebook page.

The funniest comment will receive no less than 20 free pints when the pub opens again.

The bar has already received more than 400 comments since revealing they were visited by Gardai.

A Garda spokesman said they were not in a position to discuss any named pub.

However, they added that they will check with local Gardai and check details of inspections under the liquor licensing laws which will be made available on Monday.

See update on this report: