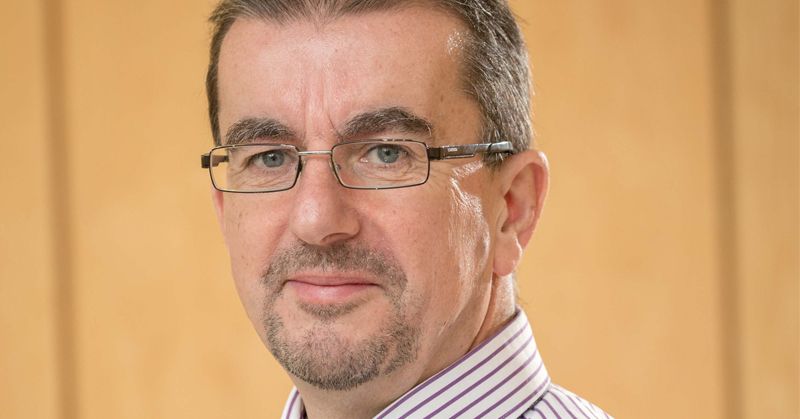 Donegal native Conor McCarthy has taken up the role of President of the Association of Consulting Engineers of Ireland, (ACEI).

The ACEI represents the business interests of over 100 member firms and their 4,000 employees. This is the first time for a representative from a company in the North West of Ireland to become President of this long-established national organisation.

Conor, originally from Lifford, has worked for 38 years in consulting engineering in Ireland and the U.S.  A Director and Partner at Jennings O’Donovan, Conor is a Chartered Engineer, Fellow of Engineers Ireland and a Registered Fellow of the Association of Consulting Engineers of Ireland.

He is taking up the role of President at a particularly challenging time for consulting engineering firms and indeed for society in general due to the impact of the Coronavirus Covid-19 pandemic.

Commenting on his appointment, Conor said it was an honour for Sligo-headquartered Jennings O’Donovan and for him personally.

He added: “There is a real and genuine worry among the consulting engineering sector that Government will scale back on investments in infrastructure projects due to the potential impact of the coming recession. I believe the ACEI needs to be advocating for is a directly opposite approach to this.

“The cost of borrowing for capital projects is lower than ever. I will be advocating for an increase in the level of spending in public capital investment and use the aftermath of this public health crisis as an opportunity to stimulate economic recovery.”

Conor said that the underlying challenges that existed before the crisis still remain. The population is still projected to grow by an additional one million people by the year 2040.

Significant investment is still needed in housing, healthcare, education, transport, utilities including water and wastewater, in renewable energy and in infrastructure.

He added: “Regional imbalance across our country remains a serious challenge. We are more reliant on our capital city, Dublin, than any other country in the EU. Addressing years of under-investment particularly in digital and transport infrastructure and in third level education in the regions and along the Atlantic Economic Corridor is essential to overturn this imbalance to support the longer-term development of the regions and promote balanced regional growth.”

The health of workers will also be a priority for Conor as he takes up his role. He said: “I know remote working has benefits for many in terms of efficiency and reduced travel times. However, it is not for everyone. As business leaders, we need to be conscious and aware of the potential negative impact on our staff and ourselves in terms of balancing home life with work expectations”.

Donegal man appointed President of Association of Consulting Engineers of Ireland was last modified: May 25th, 2020 by Rachel McLaughlin