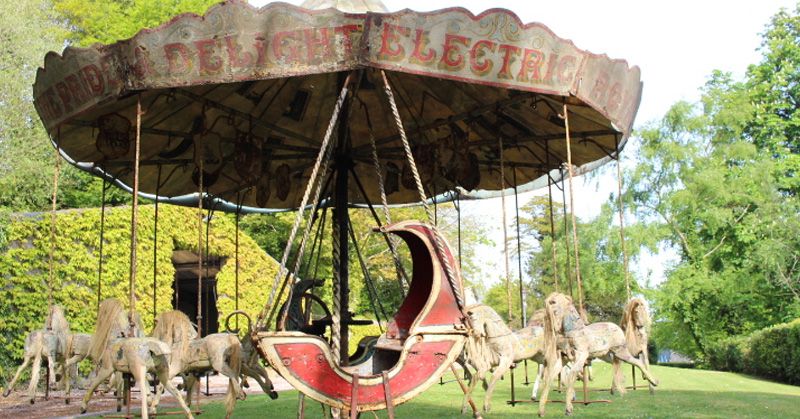 An extremely rare 19th century carousel from a Donegal fairground went under the hammer for €14,500 at a recent auction.

The beautiful decorative carousel was once owned by the Farrells, a carnival family of Buncrana.

It was sold in full working order at a Victor Mee Auction last weekend. The online auction was the first part of the sale of the full collection of distinguished second-generation antique dealer Gerard Derry, owner of Derry’s Ltd.

The machine is adorned with eighteen hand carved and painted horses and two swing boats. This type of carousel dates back to the 1940s, where it would have been enjoyed by many before electrical carousels came into operation.

It is said to be an extremely rare find, as many carousels alike would have been broken up or still retained by carnival families.