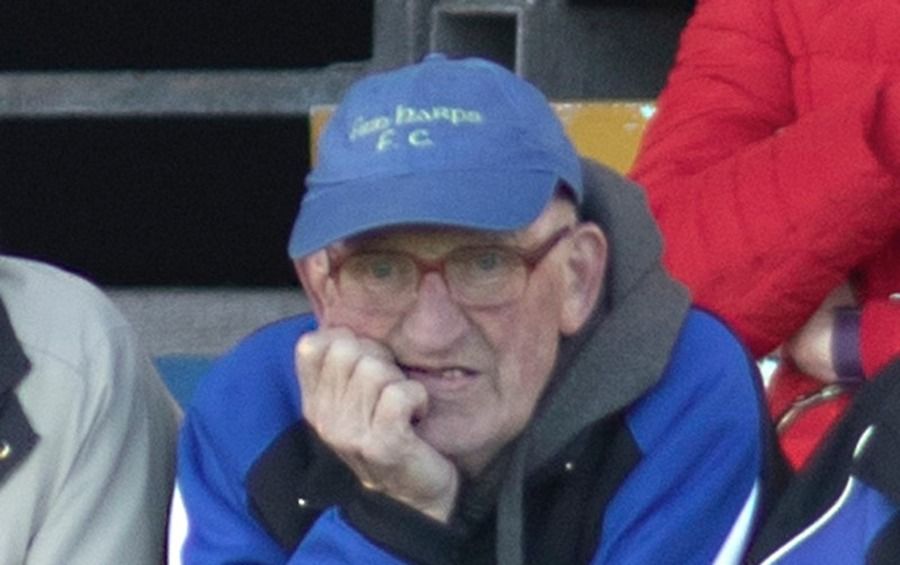 NEWS of the death of Finn Harps fanatic Seamus McKelvey has left the football world in Donegal shocked and saddened.

Seamus (77), late of Carricknamana, Killygordon, was one of the best-known football personalities in Donegal.

An ardent Finn Harps follower, even before the club’s admission to the League of Ireland in 1969, he rarely missed a Harps game, near or far.

He had a regular spot at the wall at the front of the stand at Finn Park and would be among the first to come through the gate on match night. He watched games in the company of regular companions like Seamus Gallagher and Harold Lindsay, with whom he trekked the country in support of Harps.

He was one of the few constants at Harps’ big moments and milestone, from their Junior Cup-winning exploits in 1968, to the FAI Senior Cup win in 1974, the appearance in Europe, through the various ups and downs of the decades.

In the 1999/00 season, Seamus was honoured with a Support of the Year Award, presented by former Manchester United player Brian McClair.

Seamus McKelvey at a function in 2008 with Anne Kelly, Mickey McGlynn and Gareth Reid

Seamus was a devoted worker and follower of Curragh Athletic. He was a Club President and in 2011 was presented with a Lifetime Achievement award by the Donegal Junior League.

Seamus played as a goalkeeper for Curragh Athletic and also played Gaelic football with Sean MacCumhaills, with whom he won the Donegal senior football championship in 1963.

In a statement, Finn Harps said: “We are deeply saddened to hear news today of the passing of a real Finn Harps & League of Ireland legend Seamus McKelvey.

“For many years Seamus has been a familiar face, not just at Finn Park, but at league of Ireland grounds up and down the country, loyally supporting the lads through thick & thin, year after year.

“Seamus you will be greatly missed by the volunteers, supporters, management team & players and everyone at Finn Harps.

“Our sincerest condolences to wife Mary, Daughter Deirdre, son Declan, wider circle of family and friends , everyone at Curragh Athletic FC and all who knew Seamus. RIP.”