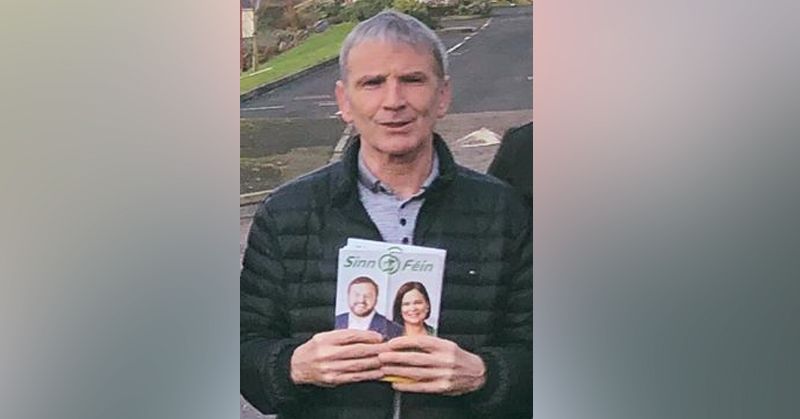 There is great sadness in Manorcunningham today as news emerges of the passing of local man Dessie Gallagher.

Tributes have poured in for Mr Gallagher, who passed away on Monday night at the age of 58.

A lifelong Republican and Sinn Fein supporter, Dessie dedicated himself to his community and tirelessly campaigned for local issues affecting Manor.

“It’s probably only now people realise all the good work he did in the area,” said a tribute from Lagan Harps FC.

“Dessie was always there to help everyone in the community whatever their political affiliation. He constantly lobbied politicians to get things done and more often than not succeeded.”

The tribute honoured Mr Gallagher’s unwavering support for the club, through running the Lotto, contributing to fundraisers and through service as a committee member.

“He was a great character and will be remembered fondly from his years in the Lagan Inn for his sense of humour and also his generosity,” the club said.

Sinn Fein TD Padraig Mac Lochlainn also paid tribute to Dessie and also to another fellow Republican, Patsy Sweeney from Ardara, who passed away in March.

“Both men made an immense contribution to the progress of Sinn Féin in Donegal,” Deputy Mac Lochlainn wrote on Facebook.

Sharing a photo of Dessie on the canvassing trail, Mac Lochlainn added: “He was an exemplary Republican and worked closely with me and the Sinn Féin Cllrs Gerry Mc Monagle Jack Murray and Tony Mcdaid before them to deliver for his community. He will be sadly missed by all who knew him. My deepest sympathy to his family and all his friends. Ar dheis Dé go raibh a anam.”

Inishowen Councillor Jack Murray added to the tributes and said: “Any political party is only as good as the members they have on the ground and Dessie was one of the best. There wasn’t a blade of grass falling down in Manor that Dessie didn’t know about, and demanded was fixed.

“Dessie was one of a kind and will be sadly missed by so many people.”

Funeral details to be announced at a later time.