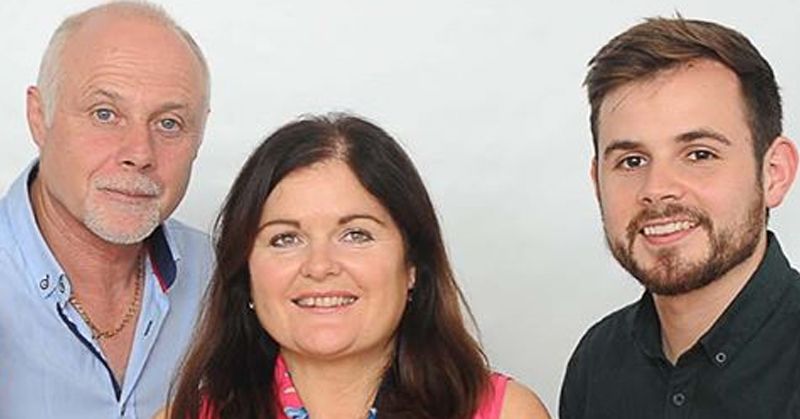 A Donegal artist has received an outpouring of kindness ahead of her art auction to raise funds for her son’s health battle.

UK-born artist Veronica Maguire, who lives in Ballybofey, will host the charity auction this Friday 1pm to Sunday 9pm.

The creative idea was launched to raise money for her son Ryan (aged 28) as he undergoes medical treatment for brain cancer.

Ryan, a brave and ever-positive young man, has lived with Glioblastoma for two years.

Now living in France, Ryan is in need of support for medical and living costs while receiving treatment.

“Everybody loves Ryan, he’s a friendly guy who would do anything for anybody. He’s so positive after all he’s been though,” Veronica said.

“He’s doing everything he can to fight the battle. He was a healthy and fit young fella before this and now he’s fighting it as much as he can. He’s changed his diet and getting fit again.

“He had a setback at the beginning of the year but he is always in good spirits.”

Ryan and his dad Christopher

Ryan was first diagnosed with brain cancer in 2018. He had just finished his college degree in Galway when, one evening, he suddenly collapsed. Scans revealed a mass on his brain and he underwent surgery in Beaumont two days later. Up to 75-80% of the tumour was removed before Ryan went through chemotherapy and radiotherapy.

Ryan and his girlfriend Zoe fulfilled their dream of moving to Bordeaux last summer, where Ryan is now getting regular scans and treatment.

“Zoe has been amazing through this whole thing, she’s a wonderful girl,” said Veronica.

Ryan underwent a second brain surgery to remove a cyst at the beginning of the year. While he is in good hands abroad, his mum Veronica is doing all she can to drum up support from home.

Veronica reached out to her connections in the art community to collate paintings for auction this weekend. The exciting sale will feature 28 paintings from 17 artists, with a variety of styles and subjects submitted from artists in Donegal, Dublin, France, London and Canada.

See a selection here, for full details on each painting visit Veronica Maguire Artist on Facebook.

“Everybody has been so good helping out and I’ve even had paintings sent to me from people who I didn’t know before,” Veronica said.

This is an event not to be missed, with all bidding taking place online from 1pm Friday on the Veronica Maguire Artist Facebook page.

Those who would like to donate without taking part in the auction will be able to do so this weekend via PayPal. The link will be shared on Facebook: Veronica Maguire Artist