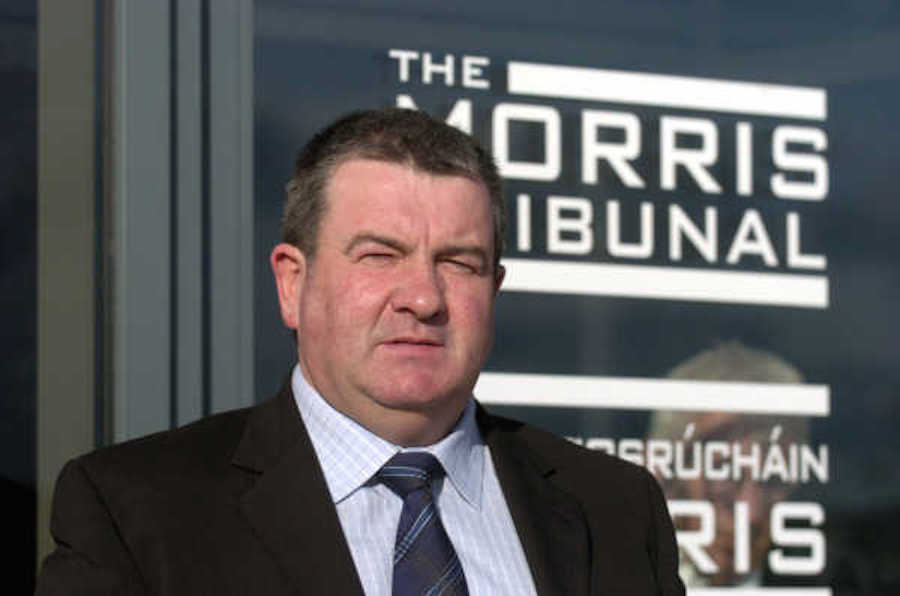 The late Det Sgt White (64), a native of Cappa, Co Tipperary, passed away at his home at Drennan, Ballybofey, following an illness.

Det Sgt White was sacked from An Garda Síochana in 2006 after being stringently criticised by the Morris Tribunal, set up to probe alleged corruption in the Donegal Division.

Morris found that he planted a double-barrelled sawn-off shotgun at a Traveller halting site in 1998. Before a jury at Letterkenny Circuit Court in 2006, the former Det Sgt White was acquitted of the offence in 2006.

He was also previously acquitted of making false statements to Gardai and of attempting to pervert the course of justice.

Having been arrested in 2000, by a team led by Assistant Garda Commissioner Kevin Carty, investigating Garda corruption in Donegal. Det Sgt White was suspended in June 2000 and sacked from An Garda Síochána in 2006.

He was also under fire in the findings of the Nally report, which followed an investigation into claims that he he had warned senior Gardai of a threat by the Real IRA just before the Omagh bombing in 1998.

A government investigation, conducted by senior civil servant Dermot Nally, concluded that Sgt White had made the claims to protect himself.

John White joined an Garda Síochána in 1974. He was transferred to Lifford in July 1994 and, upon being made a sergeant, he was stationed to Carrick in 1995 before taking up a posting in Raphoe in 1997.

It was during his spell in Raphoe that the late Det Sgt White rose to notoriety.

He had a previously unblemished record in the force until he was accused of wrongdoing during the inquiry by Assistant Commissioner Carty and was, as a result, suspended from the force.

His Funeral Mass was celebrated on Wednesday morning at St Patrick’s Church, Crossroads and he was interred in the adjoining cemetery.

John White is survived by his wife Rosaleen, sons Sean and Ciaran, daughters Caroline and Catherine, mother Angela, brothers Michael and Philip, sister Kitty and a wide circle of  family, neighbours and friends.