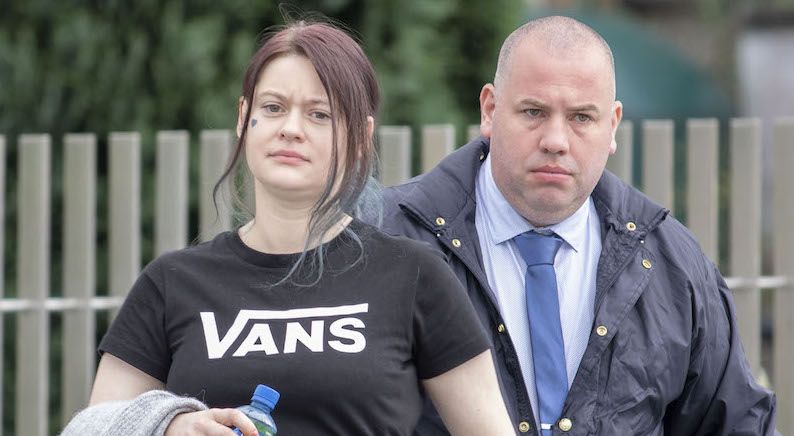 Woman charged with burglary and attack at home of elderly couple

A young woman has appeared in court charged with a burglary in which an elderly couple was attacked in their home in Co Donegal.

Krystyna Gasperowicz appeared at Falcarragh District Court facing a number of charges in connection with the robbery.

The charges relate to an incident on Sunday morning last in which the home of the elderly couple at Coolboy, Letterkenny was broken into at 7am.

The couple were assaulted when household items were thrown at the occupants who were each struck in the head.

Two mobile phones, a wallet containing a quantity of cash and a number of other items were stolen in the raid.

Both the man and woman required treatment at Letterkenny University hospital but have since been discharged.

Shortly before 4pm on Monday, June 15, Gardaí arrested a woman at Long Lane in Letterkenny in connection with this matter.

Gasperowicz, aged 34 years, was detained at Milford Garda Station under Section 4 of the Criminal Justice Act 1984 and has since been charged in relation to this investigation.

The accused, a Polish national with an address at 22 Ard Glass, Long Lane, Letterkenny, appeared at Falcarragh District Court sitting in Letterkenny today.

He said there was no objection to bail but insisted on a number of conditions.

They include that she sign on three times a week at Letterkenny Garda station, provide a mobile phone number, not to interfere with witnesses, stay out of the Milford Garda district, surrender her passport and to remain sober.

Judge Paul Kelly adjourned the case until July 20th to allow for directions to be given by the Director of Public Prosecutions.