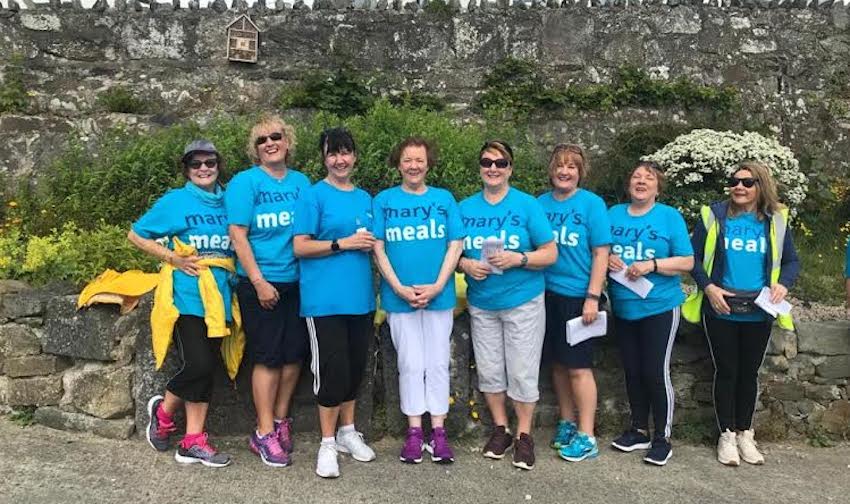 The eight McCarron sisters did the 5k walk to collect money for Mary’s Meals.

The sisters said: “We want to say a massive thank you to every person that made a donation either on-line at iDonate or gave money personally to any of the sisters.

“This money will feed 193 children for a full year, your contribution is very much appreciated.

“The iDonate site is open until 20th July and anyone wishing to donate can do so by logging on to www.idonate/mccarronsisters or give a personal donation to any of the sisters.

“We wish to end with an extract from the Mary’s Meals Our Father ‘Let us help You fill the starving with good things not with the scraps from our table.”

There are over 400 million children in the world that are hungry every day.

The McCarron sisters wanted to make a little contribution to help some of these children to be simply children and not hungry children.

Mary’s Meals vision is that every child receives one daily meal in their place of education and that those that have more than they need, share with those who lack the most basic things.

Mary’s Meals have schools in 21 countries in Africa, Asia, Latin America, Eastern Europe and the Caribbean.