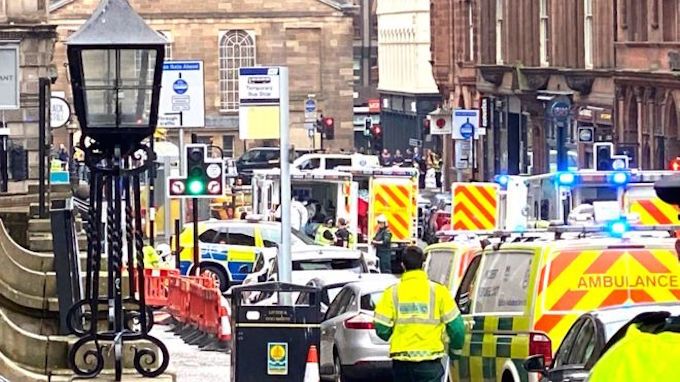 Three people are feared dead after a stabbing frenzy in the centre of Glasgow this afternoon.

A man has been shot dead by police after the attack at a hotel in Glasgow city centre.

Six people are being treated in hospital for their injuries, including a police officer who was said to be “critical but stable”, according to the BBC.

There have been reports that two other people were killed outside the Park Inn in West George Street.

Police Scotland said the situation was “contained” and there was no danger to the general public.

First Minister Nicola Sturgeon said reports of the incident were “truly dreadful” and she was being “updated as the situation becomes clearer”.

She added: “My thoughts are with everyone involved.”