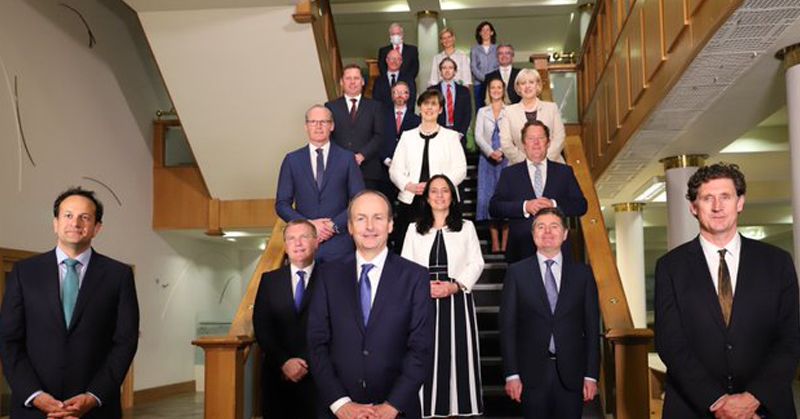 As outgoing Minister for Education Joe McHugh loses a seat, Donegal will go without a voice at the table in this government.

Thank-you @LeoVaradkar for the opportunity to serve in Cabinet.

We achieved a lot.

I wish the new Government every success.

An rud is annamh is iontach.

There are no longer any senior ministers representing the west or north west of Ireland in the current government. While eight of the 15 ministers in the new Cabinet are from Dublin, the imbalance sparked anger in yesterday’s Dáil sitting.

Independent Deputy Harkin said: “The most recent report from the Northern & Western Regional Assembly shows the economic gap between the regions, with lower levels of per capita investment in health infrastructure, in third level education infrastructure, in local, regional and national road infrastructure, in high value job creation and in research and development.

“A balance of development allows the regions to play to their strengths, and it’s very had  for that to happen if there’s re now voices around the Cabinet table representing those regions that have spilled behind.”

Roscommon Independent TD Michael Fitzmaurice told the Dáil he was baffled to see no senior ministers representing counties on the west of Ireland from Donegal to Limerick.

“There is 1.2million people there – the same as in the city of Dublin, that has eight senior Ministers,” Deputy Fitzmaurice said.

Barry Cowen (FF) :  Minister for Agriculture and the Marine

Pippa Hackett (Greens) : Minister of State at the Department of Agriculture attending Cabinet.