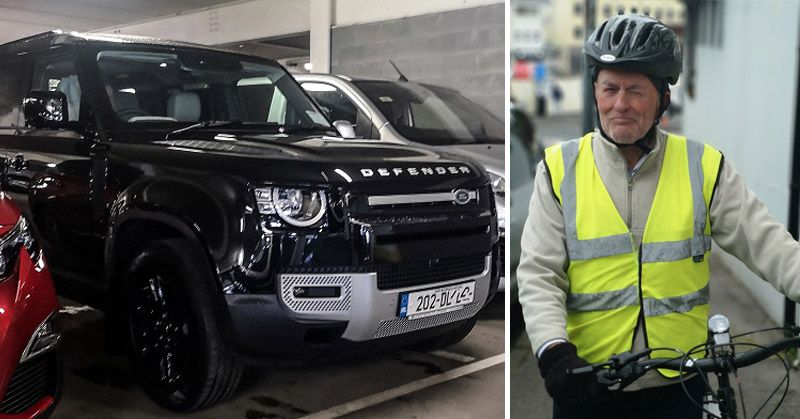 Donegal Daily’s Motoring Columnist Brian McDaid gets an early look at one of the new Land Rover Defenders.

“Hello… Hellooo.. is anyone in? Come out and have a look at my bike, it’s an electric one, you know”

These were the words of a proud Paddy Carberry this week as he landed at the front door with his new mode of transport. 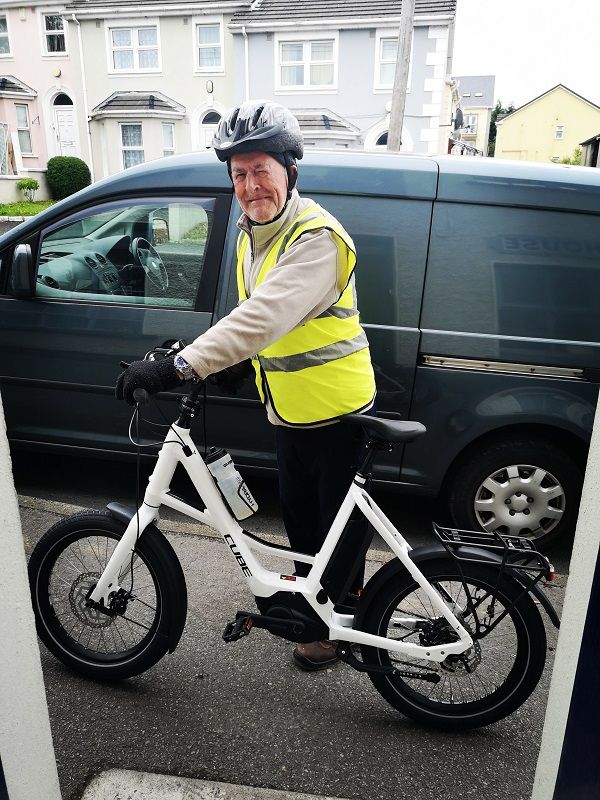 A Longford man and a retired soldier with the Irish Army, Paddy first came to Donegal to Rockhill in the seventies on border duty. Today, his visit was timed perfectly to remind me of an era in Donegal.

This week I was previewing the new Land Rover Defender and thinking: Will they produce a pickup version of the new Defender and have a cloth cover on the back blowing in the wind like the old army Land Rovers which were a familiar sight heading out the Rockhill Road? With that lovely high pitched sound of its transmission and petrol engine and the whirl of its knobbly tyres on a tar road? That sense of urgency was a memory familiar to anybody that lived in a town that had an Irish Army Barracks nearby where soldiers went about their daily routine. 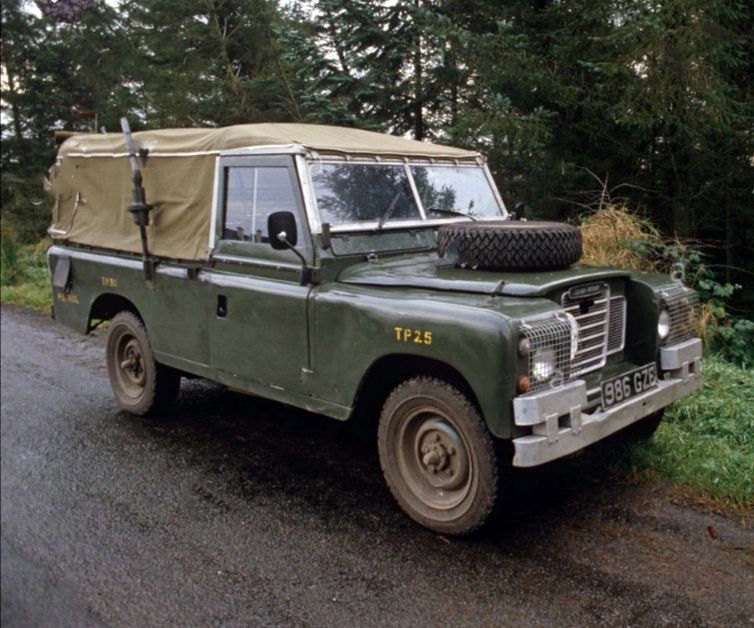 The old Defender before it was called a defender in Army mode on the road to Rockhill Army Barracks.

Long since retired, Paddy is a familiar sight on the golf course using his bike to cycle out to Barnhill. He has evolved to electric and purchased his new bike this week he has moved with the times to go electric.

It doesn’t matter if it was the Defender from the army or one drawing a twin-wheel Ifor Williams cattle or sheep trailer to the mart, it was a workhorse that was more functional, that was the memory. A bit like the old waxed Barbour coat made for the worst of weather which you’re now more likely to see someone wearing the padded lining of rather than the actual Barbour coat.

The first of the all New Defenders went on the road in Donegal (and off road) at the start of July.

This week Donegal Daily had an early look at one of the new Defenders as it left the showrooms at McGinley Motors in Letterkenny. 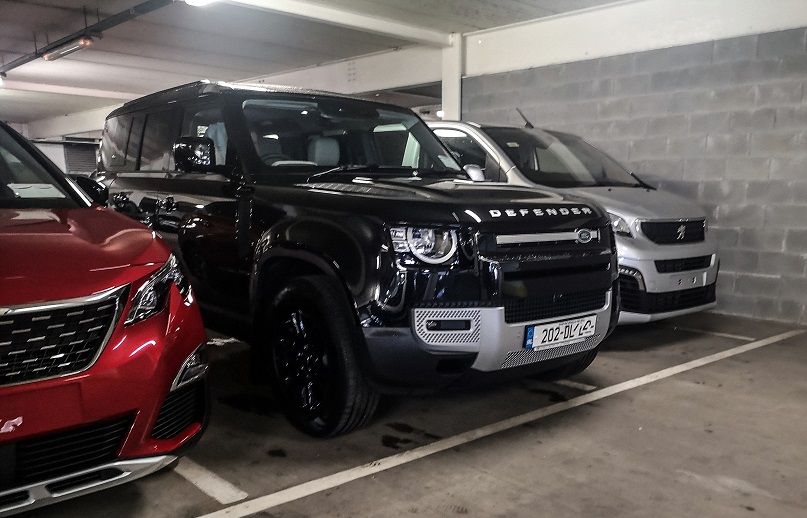 Dressed in Black: The new Defenders which are now on the roads in Donegal . Photo Brian McDaid. 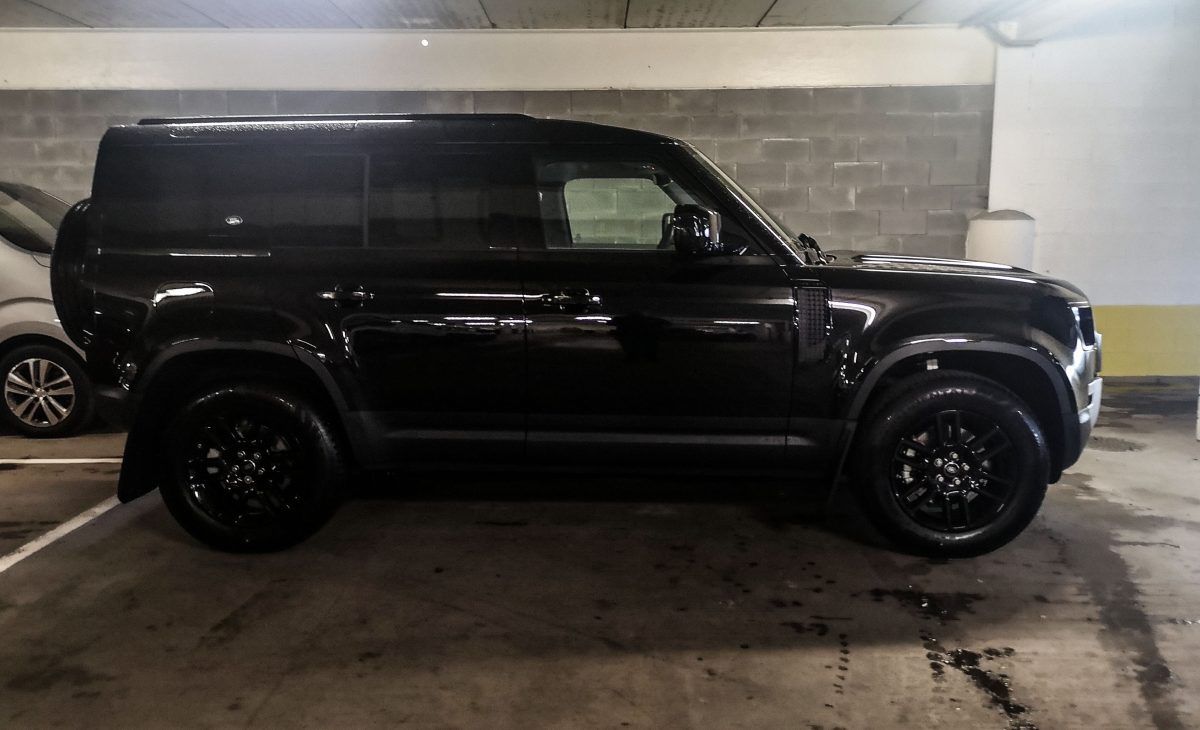 Dress in Black the new Defender which are now on the roads in Donegal . Photo Brian McDaid. 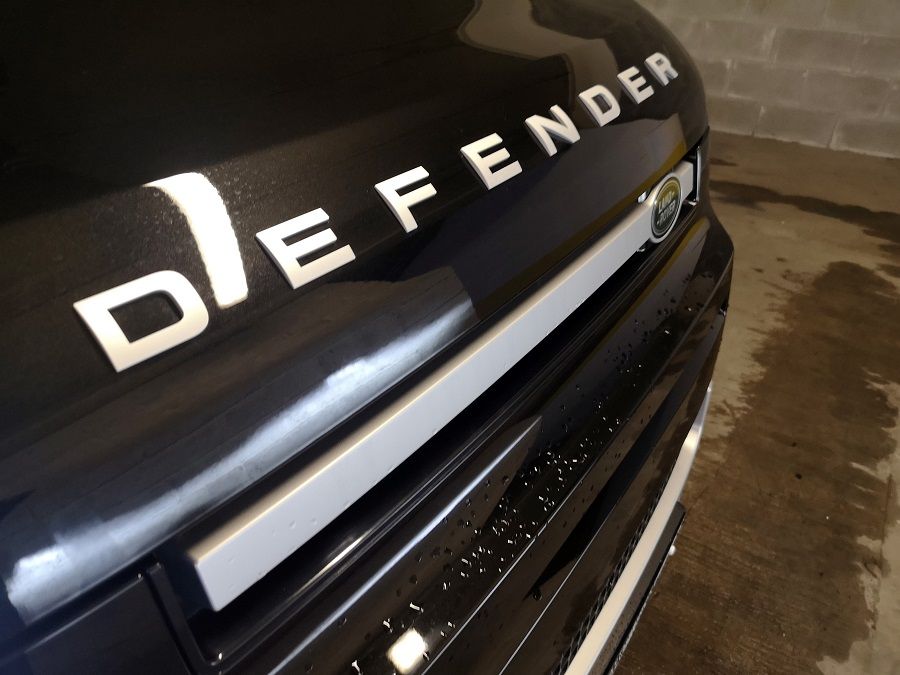 Sitting in an underground carpark in a deep metallic black with matching black alloy wheels, the new Defender is now the signature looks of the new Land Rover family. From the Range Rover, Discovery, Sport, Evoque, right through to the Velar. But yet the new Defender looks different. It’s as if all the old right angle square corners are still there at the first glance, then you spot the arches that push out to cover the wider wheels.

The new Defender is a lot bigger than the one it replaced, even though it’s still called the 90 and 110 which is the distance in old inches between the two different wheel base models. It’s in the height and the width that this Defender is bigger.

The spare wheel is still in its usual place on the back door which is hinged to the side as before. The completely straight down rear end of the Old Defender is recreated on the all new one. 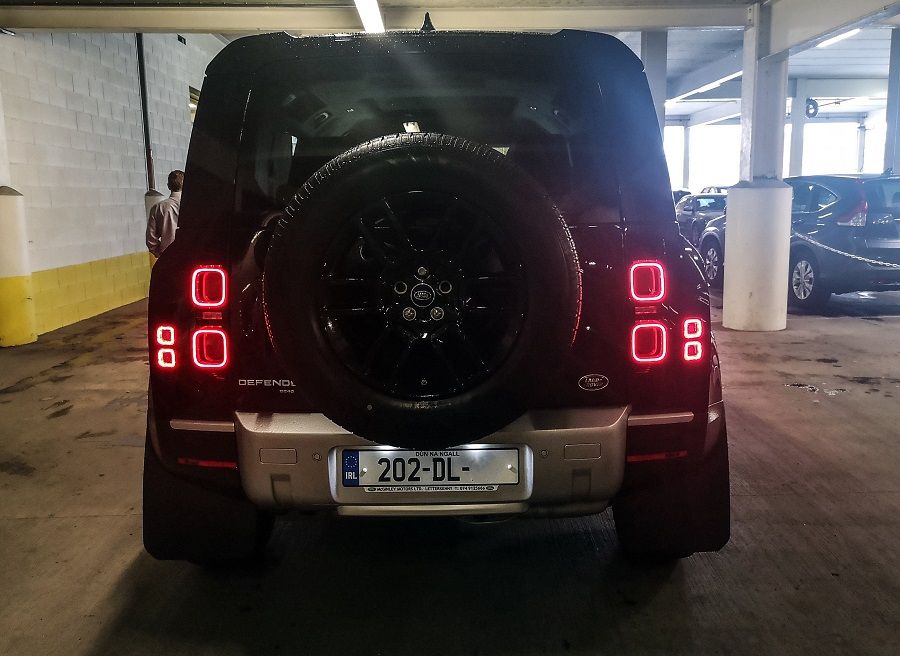 The rear of the new Defender which looks the most like the old Defender it replaced Photo Brian McDaid.

The Defender we looked at was the 110 which is the first to become available which will be followed by a commercial version and a defender 90,

Sitting inside the new Defender it has more of a feel of luxury, but has a footwell at the same level of the sill making it easy to clean the wipeable floor mats after mucky boots or wellies.

Just sitting in the new Defender this week it feels a lot bigger than the old Defender, gone are all the gear sticks for high and low ratios, diff locks two and four wheel drive selection. All is automatic transmission now, still there are wee feelings of the old one in the way that you seemed to be sitting close to the door pillar. The windscreen is still high but not as near upright as the old Defender but looking at the new Defender from the side it still carries that bit of squareness of its ancestors. 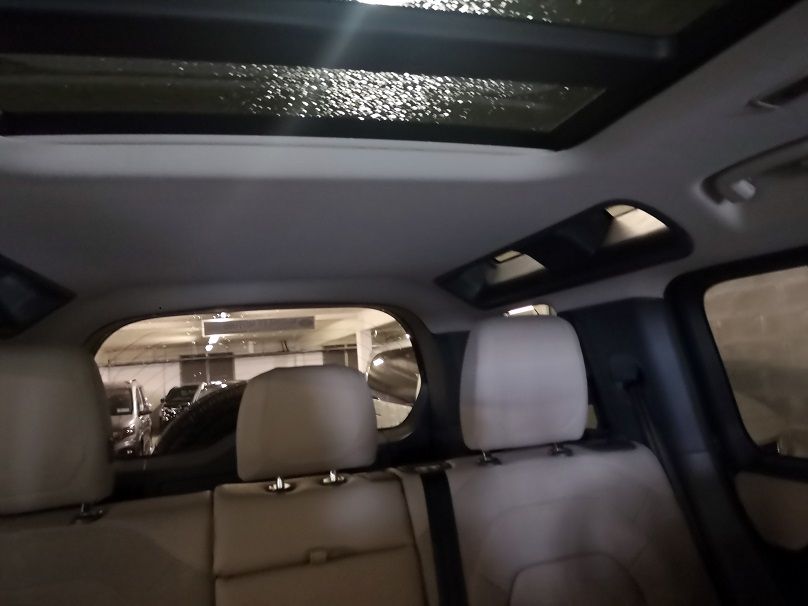 A view of the interior of the new Defender which are on sale in Donegal now. Photo Brian McDaid. 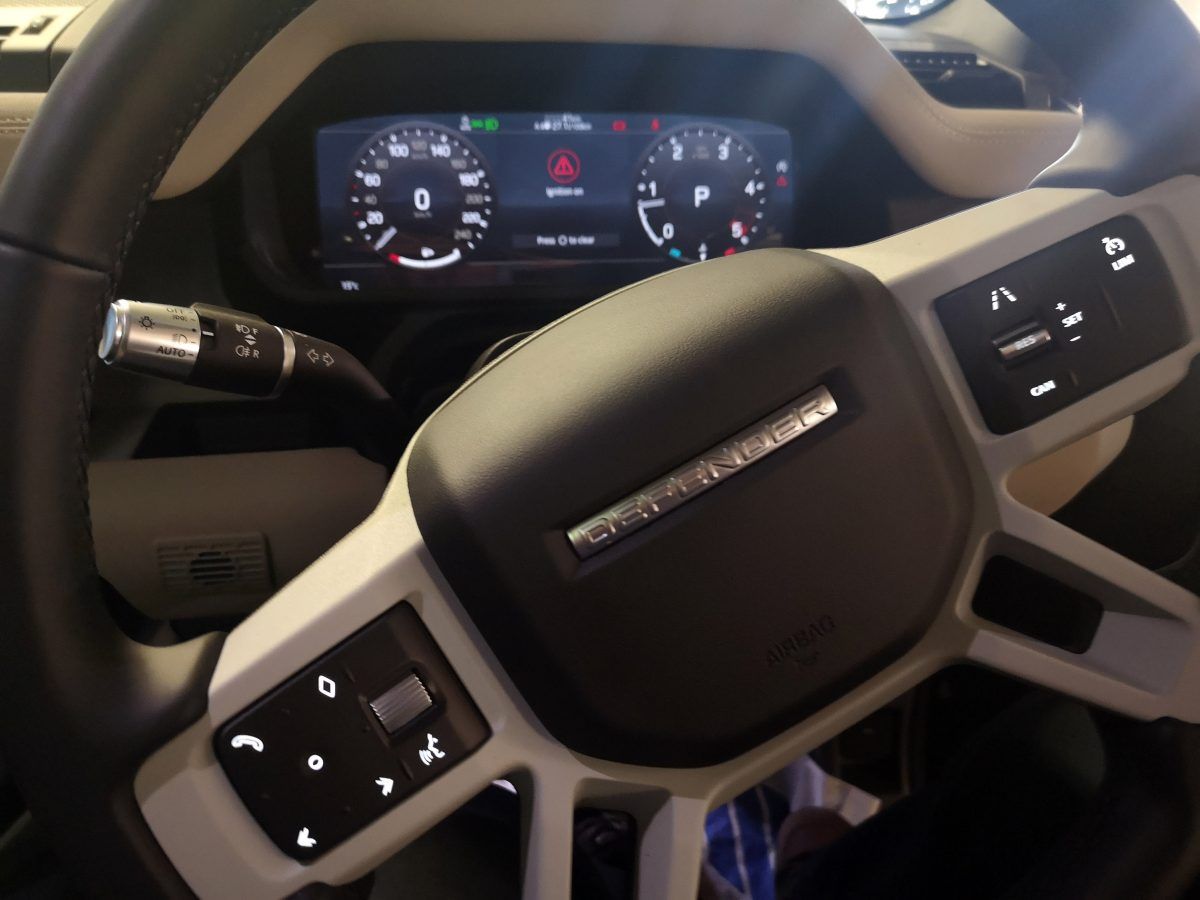 A view from the wheel of the new Land Rover Defender which is one the road now in Donegal. Photo Brian McDaid.

In the coming weeks, we hope to test drive the all new Defender when it becomes available on demo at McGinley Motors in Letterkenny and then we will be able to give a more in-depth report on what it’s like to drive.

And here’s wishing Paddy, who was a familiar sight in uniform on board the old Army Land Rovers of yester-year, many happy years of motoring on his new electric bike.