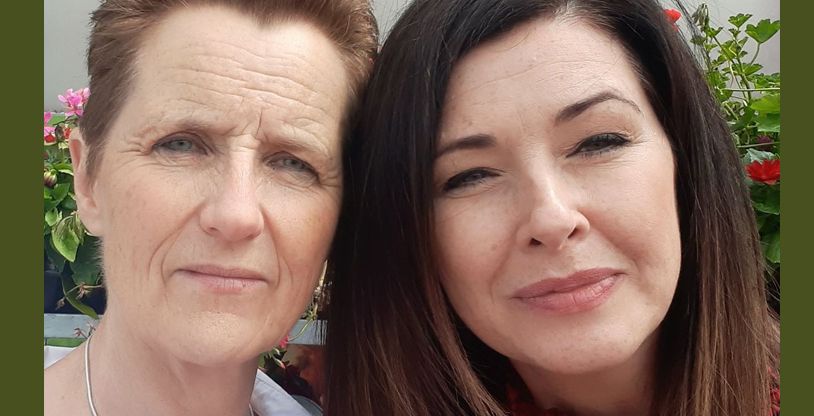 Four leading campaigners of the Mica Action Group (MAG) have announced that they are stepping down with pride following a long-fought battle for redress.

Ann Owens (Chair), Eileen Doherty (PRO), Noel Noone and Joe Morgan have left the group following years of lobbying on behalf of homeowners whose homes have been built with defective blocks.

The dedicated campaigners will now be taking a much-needed break to focus on their own priorities such as repairing their homes and spending time with family. While the work of MAG will continue, members are calling for a full public enquiry into how the defective building practices were allowed to happen.

Eamonn Jackson – who has been with MAG since 2013, will take over as Chair.

It all started when a group of concerned Donegal homeowners gathered around Ann Owens’ kitchen table for the first talks that would form the Mica Action Group (MAG). For the last decade they have fought for redress for close to 5,000 homeowners in Donegal. The €40m scheme was finally opened by Donegal County Council last month, much to the relief of the long-time campaigners.

Ann Owens and Eileen Doherty, long-time members of the Mica Action Group (MAG) at the Aura Leisure Centre as the opening of the Mica Redress Scheme was officially announced

Reflecting on her next step, Ann Owens Chair of MAG said: “I have made this decision to step down as this Mica scheme finally moves across the line and into the hands of Donegal County Council.  However, it is important to say that MAG will continue to work on behalf of affected homeowners.

“This has been an amazing journey, from sitting around my kitchen table almost 9 years ago to having a multi-million euro redress scheme signed off and shining a light on the need for effective governance within the construction industry in Ireland.

“On our ‘mica journey’ it became obvious that homeowners, whose homes were built using defective blocks were not protected by law; their homes falling down, deemed worthless, their insurance reneged, while the block supplier and agencies like HomeBond just walked away. It became apparent that block manufacturers were allowed to operate without appropriate insurance and homeowners were left with few if any options.

“Indeed, governance and oversight of quarries and the manufacturers of concrete products within the construction industry went largely unchecked. Legislation in the form of a Statute dating back to 1949 regarding the ratio of free muscovite mica permitted (for quality control reasons) had become completely disregarded.

Affected homeowners would have had more protection if they had bought a Mars bar than the materials that went into building their home!”

Ann expressed her hope for the impact that the campaign will have in the future:

“I can only hope that the light that MAG has shone on these shortcomings and the ineptitudes within the legal system, local and national government and the construction industry will offer homeowners more protection in the future when they are buying or building a home.

“I would ask only one final thing of homeowners – that the manufacturer of these bad blocks, should not be rewarded through the mica scheme – they should not benefit from the fiasco that they themselves caused. Indeed that in itself would be a travesty.

I personally am so proud to have been involved with a small lobby group (who have no political affiliations and no experience of lobbying) who took on an issue of this magnitude, driven only by a sense of pure injustice.”

“I would like to take this opportunity to thank all of my colleagues in MAG, past and present. The blending of skills, commitment and tenacity was key to the success of MAG. A number of the MAG committee; Eileen Doherty, Noel Noone and Joe Morgan have also decided to step down at this time. Noel was instrumental in enabling effective communications with our members since he joined. His expertise and total dedication elevated MAG’s ability to communicate with our members over social media platforms and in capturing the data of those who registered. Joe, whilst a relatively recent MAG recruit has been working independently on this issue for a number of years. His persistence with the banks has enabled homeowners to engage with their respective lender and has opened up the scheme for many homeowners who would otherwise have struggled to gain access to the required finance. I must however, single out our PRO – Eileen Doherty for special mention. Her input over the years has been a game changer in every regard.

“MAG will continue to play a very important role in their participation in the Mica Steering Committee at Donegal County Council and will continue to ensure the voice of the people can be heard in this forum to ensure the best outcome possible for all affected families. Eamonn Jackson – who has been with MAG since 2013, will take over as Chair. Eamonn brings almost 7 years of experience to this role and I have full confidence that he will be an excellent Chair.”

Eileen Doherty PRO MAG said: “I have made this decision to step down as I would like to dedicate my energy to my young family and to getting my own home fixed in the coming months. My family have been on this journey with me for the last 6.5 years. In particular my partner Shane and my dad Philip (Junior) have shared the many highs and lows of the journey with me and I am eternally grateful for their support. In 2014 my two daughters travelled the length and breadth of Inishowen dropping leaflets to the homes of affected estates and have had to put up with the many hundreds of phone calls, messages and meetings over the years. They have almost become experts at spotting a ‘mica home’ and frequently point them out to me as we drive around. I am really looking forward to spending more quality time with them and to getting our own home fixed.”

Children at a MAG meeting

“I am confident that Donegal County Council with input from MAG have the appropriate personnel and processes in place to very effectively oversee the rollout of this scheme across the county.

I often wonder if we, as a small grassroots lobby group from Donegal, had considered at the outset the feat we were taking on – to achieve in the region of hundreds of millions of Euro and maybe even more for affected homeowners, if we would have even conceived it possible.”

“The journey for us personally has evidenced every emotion – frustration, devastation, anger and exhilaration. There have been so many people in all walks of life who we have met during this journey who have given us the strength and motivation to continue – in particular the many affected families who have shown huge strength and resilience throughout this journey – who ultimately kept us going even when the fight may have seemed fruitless. We will be forever grateful to them for their patience and trust in us.

“Special mention must be given to Damien McKay, Chartered Engineer who first publicly highlighted this issue in the county in late 2013 with a public meeting in Letterkenny. Damien started noticing the signs of defective blocks in homes in the county around that time and realised that there was a major problem. He has since given countless hours and energy to fighting on behalf of homeowners in the development of the protocol and ensuring the scheme itself was signed off by Government. Without his knowledge, expertise and insight into the issues affecting families on the ground this would never have been possible.

Mica Action Group at the announcement of the Redress Scheme, with Cllr Bernard McGuinness and Minister Joe McHugh

“Secondly, whist all politicians on a cross-party basis (i.e. Charlie McConalogue, Padraig MacLochlainn, Thomas Pringle, Martin McDermott, Albert Doherty and Bernard McGuinness) have lobbied for this scheme, without the tenacity and perseverance of former Minister Joe McHugh I have no doubt we would not have this scheme today. Joe received and responded to many hundreds of calls, emails, letters and text messages from MAG – particularly Ann and I, night and day and was the lynchpin that ensured that this scheme was delivered for the people of Donegal and Mayo. Many many times these communications were fraught with emotion due to the frustration we were all feeling at times. His determination to see this through was evident to us for a long time and he is owed a huge debt of gratitude from every homeowner who will get their home fixed. We cannot thank him enough.”

Eileen continued: “Finally, like a lot of affected homeowners, now that the scheme is across the line, it does beg the question as to how this was allowed to happen in the first place? How did we find ourselves in a position where we had to engage in this colossal fight to get our homes fixed through ‘no fault of our own’? How is it that the main supplier of the blocks has managed to walk away ‘scot-free’ with minimal implications for them or their business? How can this be allowed to happen? In a word, it should not!

“As such, we call for a full public enquiry into this disaster. This must never be allowed to happen again and in order for this to be the case, we need to better understand the circumstances which allowed it to happen in the first place. The seeking of such an enquiry will be a key strategy for MAG going forward.”