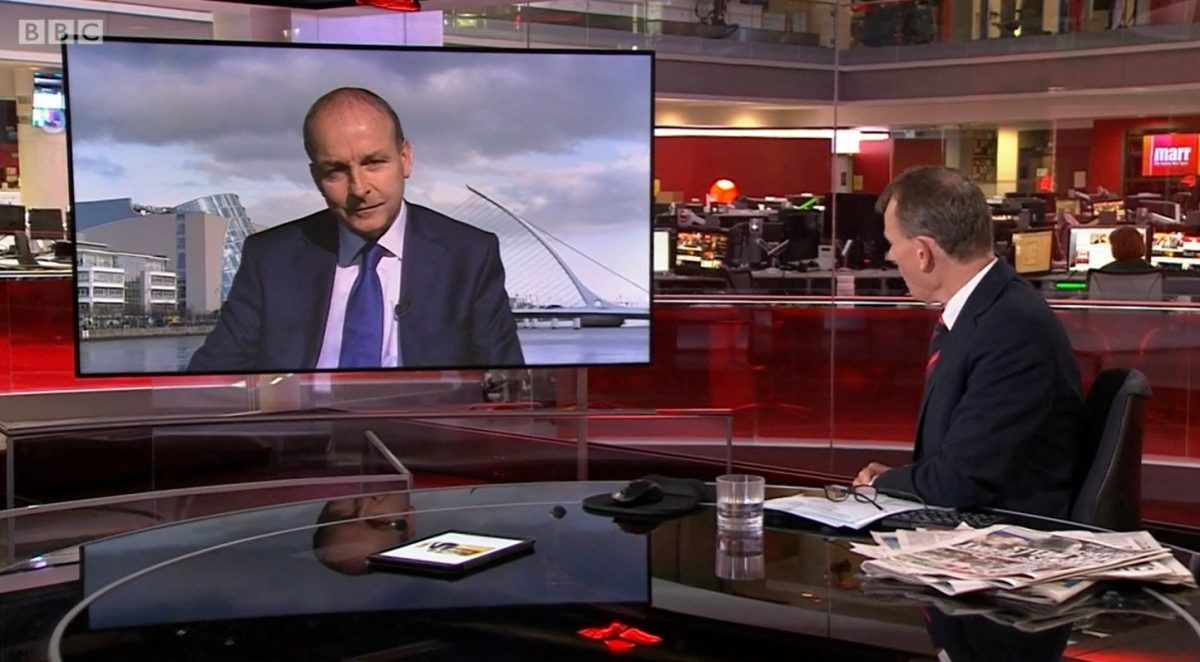 Taoiseach: It’s too soon for British tourists to visit without quarantining

Speaking on the BBC’s Andrew Marr Show this morning, Taoiseach Micheál Martin said it’s too soon for people from Britain to visit Ireland without quarantining for two weeks.

There’s a lot of concern around the recent spike in Covid-19 cases, and measures relating to international travel will be announced on the 20th of July, the Taoiseach says.

“I think the suppression of the virus is the key,” Martin says.

“We’ve watched reports where in certain parts of the UK there are still difficulties, where certain areas have had to go into lockdown and so on and further severe restrictions. We’re all in common facing this issue and this challenge.

“And that is why… we’re saying to people not to travel for non-essential purposes.

“That’s our advice to our citizens. Because our priority is to get our schools open towards the end of August, to also free up hospital capacity to deal with non-Covid illnesses… so I think caution is the watchword here.”

Martin stated that many public health experts in Ireland are worried about the potential of a second wave, and says that the government is carefully watching the numbers from other European countries who have opened earlier than Ireland has.

A “green list” of countries it will be safe for Irish people to travel to will also be published in late July.

“We would be very cautious on international travel generally… essentially the methodology will be in relation to the level of the disease in particular countries, including the UK, and in terms of the level and where Ireland will be.

“Countries that are at Ireland’s level or below. And that’s the metric, if you like, that will determine our advice to Irish citizens in terms of their travel arrangements abroad.

“In terms of people coming into Ireland, the advice and the quarantining still remains, and it’s under constant review. Why? Because there’s a lot of international volatility with this virus. We’ve seen a spike in the numbers, we’re very concerned about that, and the Cabinet will be discussing this again this week in terms of measures that we may need to take to strengthen our resources at airports and so on to prevent the spread of this virus.

“So it’s a serious issue for us, we’re taking a cautious approach,” he adds.