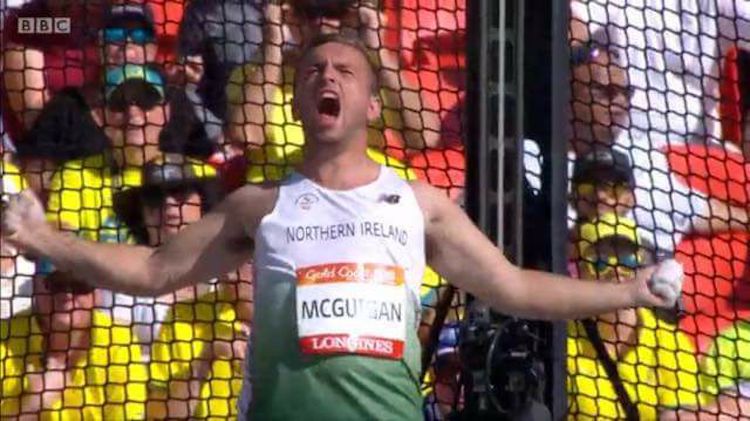 DEMPSEY McGuigan has confirmed that he is targeting the Olympic Games next year.

The Finn Valley AC man has launched a fundraising appeal to aid with his preparations to reach the Tokyo Games.

“The sport owes me nothing, nor do I wish to make anything from it – I just want to be able to train and compete to the best of my ability,” McGuigan, who holds Ulster and Donegal records for the hammer throw, said as he launched a GoFundMe appeal: https://www.gofundme.com/f/22m6wbq75c?utm_source=facebook&utm_medium=social&utm_campaign=p_cp+share-sheet

“I’m trying to raise some funds to support my training towards next years Olympic Games and beyond.

“I have never wanted to hold my hand out or even ask for help of any kind in fear of being judged as another one of those athletes seeking a pay day.

“The last two years of my training have shown me that qualifying for the Olympic Games is more than just the outlandish dream I had as a kid, but very much a reality with the right pieces in place.

“Hammer Throwing is not very glamorous and, as a result, there is very little money in the sport.”

McGuigan finished sixth at the 2018 Commonwealth Games in Australia. At the Gold Coast, McGuigan’s 70.24m saw him place sixth and it was his second best ever throw, recorded in the fifth round of the hammer final.

McGuigan also competed at the 2014 Commonwealth Games in Glasgow, where he finished 11th.

In February 2018, McGuigan broke a 15-year-old record when he threw 21.11m at the Don DeNoon Invitational in Carbondale – shattering the 2003 Ole Miss record set by Stacy Andrews.

The 26-year-old recorded a person blest of 70.55 metres while competing in California in 2017. The 70.55m mark was set at the Mt Sac Relay in Walnut, California.

He added: “I’m fully aware that a lot of people may be unable to financially support me due to the current climate and the challenges we are all facing, but if the most you’re able to do is help me share this page, then that would help out a ton.”