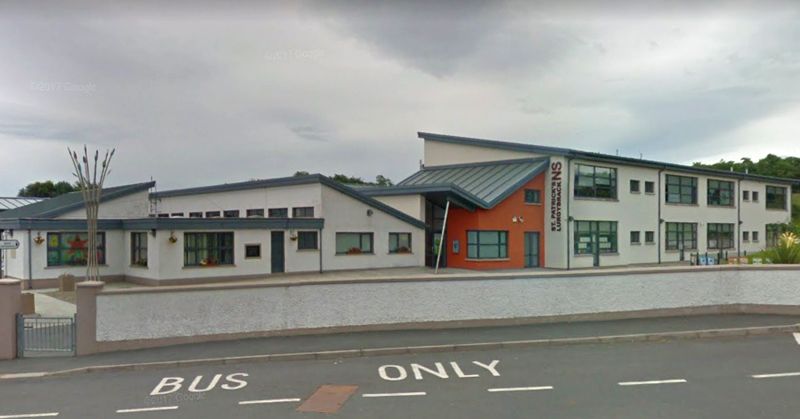 A new drop-off for parents at Lurgybrack NS in Letterkenny is ‘unlikely’ to be funded ahead of the planned TEN-T road project, councillors have been told.

Parking issues at the school were raised at this week’s local council meeting, where Cllr Donal Coyle asked the council to provide a temporary step-down area to end dangerous practices on the N13.

But the new area is not likely to be provided as the council plans a major upgrade of the road under the TEN-T project.

At present, some cars are dropping off children while parking at the side of the busy N13 road facing south above the school.

Cllr Coyle said the green area is “highly dangerous” and becomes mucky in the wintertime.

The temporary lay-by is being used instead of the designated school drop off area as parents attempt to park as close to the school as possible, Cllr Coyle said.

Cllr Coyle added that it may be around seven years until the TEN-T comes to fruition. In the meantime, he has called for works to be carried out now to level the area and make it safer for traffic.

Cllr Michael McBride backed the motion and suggested an on-site meeting for Roads Engineers to examine the area.

The matter is now due to be assessed by the Letterkenny Roads Department and the Council will liaise with Lurgybrack NS in relation to encouraging parents to use the existing drop-off facility.