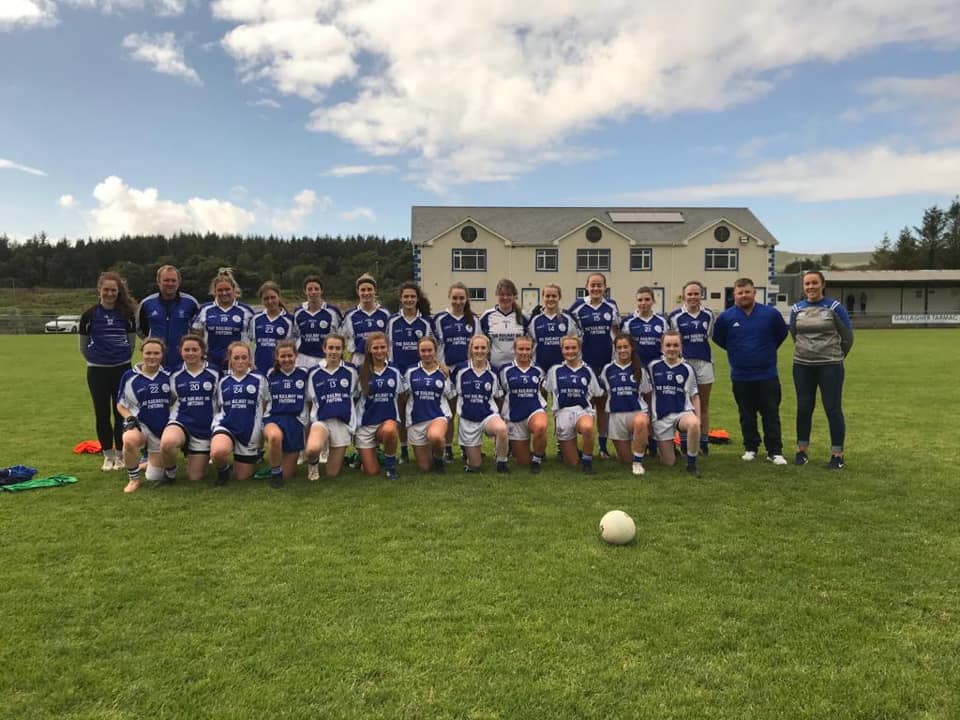 THERE were some high-scoring performances and games as the 2020 Donegal LGFA Ladies Championships swung into action.

Donegal captain Geraldine McLaughlin scored 5-6 at The Burn Road as defending senior champions Termon got the defence of their crown off to a winning start against Moville.

McLaughlin’s five-star show inspired Termon to a 7-11 to 3-8 win over the Inishowen women. Click here for a full report from the Termon-Moville game.

Two of the new teams in the Senior Championship met at Davy Brennan Memorial Park, where Naomh Conaill defeated Buncrana 2-10 to 1-3.

Aoife McDonnell top-scored both 1-4 with Player of the Match Danielle McDevitt landing 1-1 for Naomh Conaill (pictured above), managed by Tiffer Molloy and Joe Byrne.

Naomh Conaill saw Emma Doherty, Ciara Molloy and Aileen O’Donnell handed their senior debuts as they made a winning return to the senior action.

Michelle McDaid bagged the Buncrana goal as the Inishowen side made a difficult start to their maiden voyage into the senior ranks, just eight years after the ladies side got off and running at the Scarvey.

In the Intermediate Championship’s green group, Alanna O’Donnell scored the only goal of the game as St Mary’s, Convoy defeated Gaoth Dobhair 1-13 to 0-4 at Pairc Naomh Mhuire.

Also in the green group, Caoimhe Barrett scored a stunning 3-12 as Milford held away against Naomh Muire, the 2019 Ulster Junior finalists. Barrett’s majestic haul was a real highlight of the weekend’s action. 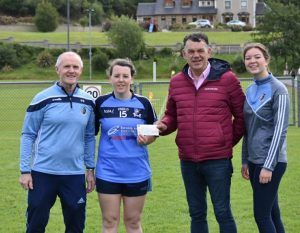 Still, though, Milford were pushed all the way by the Lower Rosses side and the teams couldn’t be separated after 80 minutes – finishing 3-13 to 4-10 – meaning the game was decided by free kicks. There, Aisling Irwin landed the winning score as Milford prevailed 3-2.

In the yellow group, Gaeil Fhánada defeated Carndonagh 4-10 to 1-8. 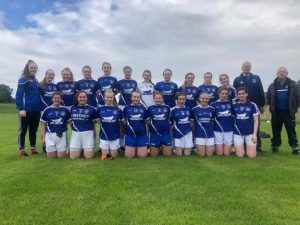 Clare Friel’s goal late in the first half had Gaeil Fhánada 1-7 to 0-3 ahead at half-time. Aisling McDevitt – who ended with 2-3 – scored two second-half goals while Niamh McDevitt netted.

Also in the yellow group, St Naul’s overcame Aodh Ruadh while Ardara had too much for Four Masters.

Downings had no sleep still in their eyes after making the long journey to Glencolmcille. Shannon McGroddy was in superb form as Downings took a 6-10 to 4-10 win over Naomh Columba in the Junior A Championship.

McGroddy helped herself to 4-6, while Aoibhinn O’Connell (1-1) and Amy McLaughlin (1-0) also netted goals. Laura McGuire’s hat-trick and a goal from a penalty by Claire Byrne weren’t enough for the hosts.

Aisleen Cunningham scored a brace of goals with Penny Statham and Susanne White also bagging goals as Killybegs soared to a 4-11 to 0-5 win over Robert Emmets.

Also in the Junior A Championship, Glenswilly had a hard-fought win over Dungloe.

In the Junior B Championship’s yellow group, Eilish McShane bagged the crucial goal for Kilcar as they defeated Naomh Padraig, Muff 1-11 to 2-5 in Towney.

Nicole Gordon netted twice and Lauren Cregan scored the other goal as Urris overcame Sean MacCumhaills 3-7 to 1-11 at Straid, with Aoife Gillespie on the mark for the visitors.