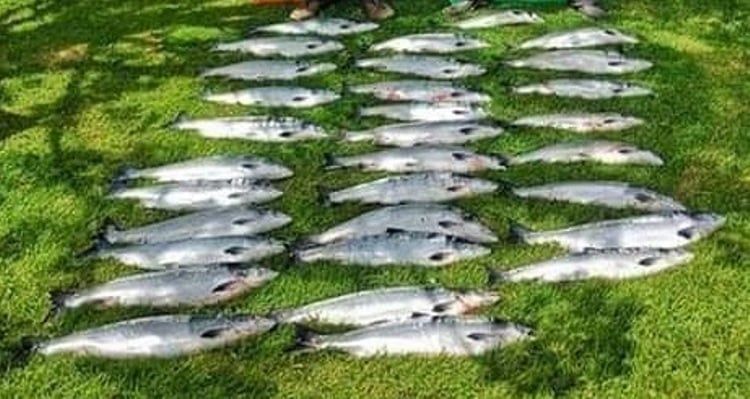 A QUANTITY of salmon and illegal netting was seized by Inland Fisheries Ireland officers in Donegal in recent days.

Officers made seizers in Donegal, Cork and Mayo in the last week

The seizure was secured on Monday the 13th of July 2020 by Inland Fisheries Ireland staff who are based in the Cork district of the South Western River Basin District.

Similar seizures have taken place in Donegal and Mayo in recent days.

A statement said: “Inland Fisheries Ireland would like to remind members of the public and the catering and hospitality industries that it is illegal to purchase or possess illegally caught salmon or sea trout.

“Only salmon or sea trout that have been caught by licenced commercial salmon fishermen may be sold and must bear a colour coded green or white gill tag, or for wild imported salmon, a yellow tail tag.

“Anglers are prohibited from selling salmon or sea trout caught by rod and line, rod caught salmon must have a blue tag affixed but cannot be sold. Fishery officers carry out regular inspections of premises to deter the illegal trade of salmon and sea trout.”

Nationally a total of 91 nets, measuring 5,300 metres have been seized to date since the beginning of the year.