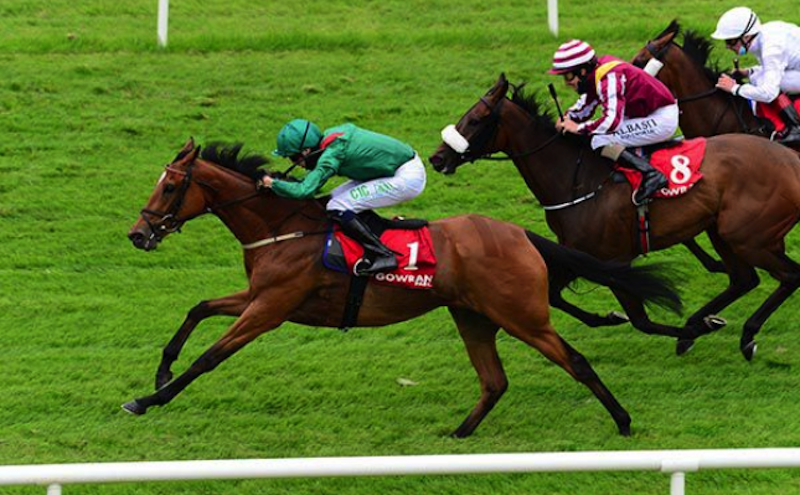 Double delight for Orr brothers at Gowran and Tramore

THE ORR brothers, Oisin and Conor, were both impressive winners this afternoon.

Oisin Orr took victory at Gowran Park in a listed race while Conor Orr was in the winners’ enclosure at Tramore.

The 13/2 Nan Yehi was second, with Orr having led with around two furlongs to go.

The Aga Khan-owned Kastasa has now won her last five races but this was her first race in 300 days.

“It was her first run back,” said Weld.

“She had a very busy and highly successful year last year, and the plan had always been to start her today.

“She’ll go for the Stanerra, in about three weeks’ time, a Group Three at Naas.

“The Irish Leger could be quite possible for her, long-term.”

Conor Orr was victorious at Tramore, riding the 7/1 Bridge Native to a win in the Core Bullion Traders.ie Handicap Chase.

Over 12 fences, Orr had half-a-length to spare over the 9/2 Alice Johnston, saddled by Jody McGarvey.

Orr made good headway to lead with a circuit to go. With two to jump, Orr moved into command and, although McGarvey closed the gap, the Donegal man held sway to record a win for trainer Dot Love.

“She jumped herself into that position and when she got out in front she wanted to stay there. I’m very pleased with her and with Conor too,” Love said.

“We asked Conor to sit in second or third but they weren’t going fast enough in front so he got the opportunity to go out in front and dictate it and that suited her really well.

“She’s not good at sprinting at the end, but she is very honest and a great jumper.”