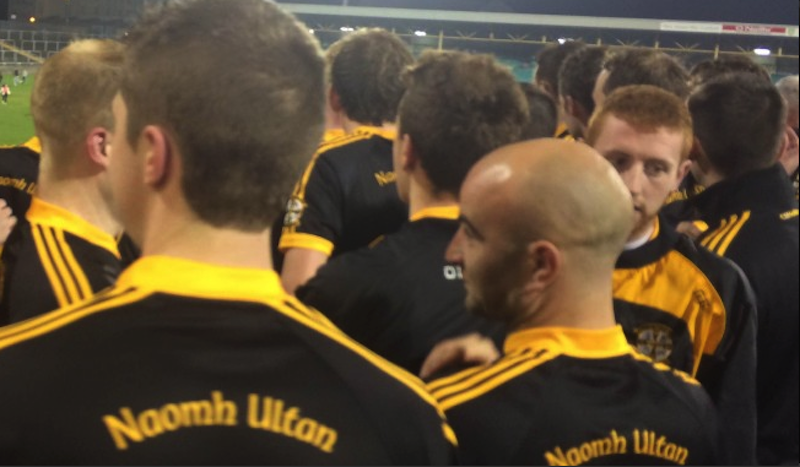 Within the space of two minutes, Sean O’Shea and Cian Kennedy were given their marching orders by ref’ Val Murray.

Naomh Ultan were 0-8 to 0-3 in front at the break with Dermot Gallier curling over two points.

There were four points in it (0-8 to 0-4) when Naomh Ultan’s numbers were reduced.

However, they held on for their second win in the Regional League, but Four Masters dropped to defeat number two having been beaten by Naomh Brid last weekend.