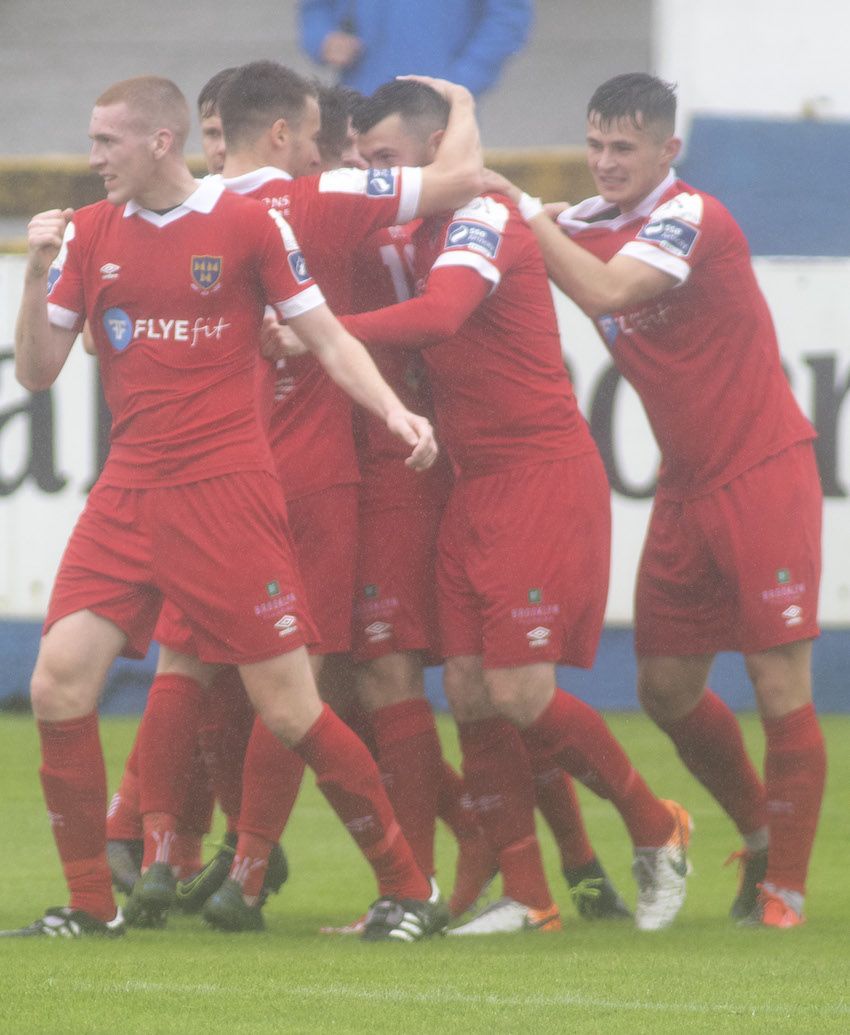 RYAN Brennan was the match winner for Shelbourne as the Dubliners overcame Finn Harps this evening.

In Harps’ first home game since March, Brennan headed home in the 29th minute. Brennan got in ahead of Mark Russell to head home from Alex O’Hanlon’s delivery.

Harps couldn’t make hay against a Shels side that played 79 minutes with ten men after the early sending off of Karl Sheppard.

The win moves Shelbourne five points ahead of Harps.

Ryan Brennan's first-half header was enough to give 10-man Shelbourne a 1-0 win over Finn Harps in Ballybofey tonight.
Subscribe to https://t.co/iBWPVNiVF9 to stream the SSE Airtricity League pic.twitter.com/oGfS1hvMSG