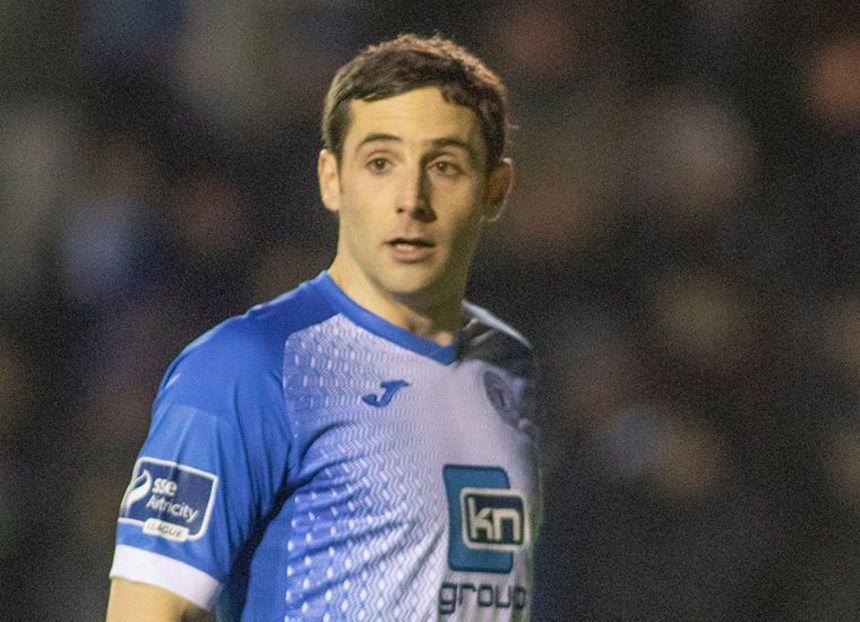 Gareth’s ‘Harkin’ for return of creative spark to Harps

GARETH Harkin says Finn Harps have no time to feel sorry for themselves after an insipid performance in yesterday evening’s 1-0 loss to Shelbourne.

Despite Shels having Karl Sheppard sent off after only 11 minutes, Ryan Brennan’s 29th minute header proved the decisive blow on an evening when Harps failed to fire.

“We started bright enough and at the sending off, we were thinking: ‘Here we go’. We should have kicked on, but we didn’t get going at all after that.

“We gave away a sloppy goal. We would usually be solid like that. It was uncharacteristic. They got the lead and had something to hang on to. We just couldn’t break them down. We had a couple of half chances, but we didn’t create too much.”

With the League of Ireland running a truncated campaign now, Harps – who haven’t won since the opening night of the season when they defeated Shelbourne – have just 12 League games remaining in 2020.

Shelbourne are in their first season back in the top flight and they now have a five-point buffer to Harps.

Harkin said: “We have 12 games to go, so we can’t be starting to feel sorry for ourselves. We’ll just have to go again. We’ll have four games in ten days.

“We have a big enough squad and we just have to get on with it. We have to get up and get at it. There was nothing wrong with our quality, but we were just lacking in the last third.”

Noting the absence of the likes of Barry McNamee and Raffaele Cretaro, Harkin yearned for some ‘creativity’ to return to the ranks.

The 32-year-old came off the bench for the last half-an-hour and is aiming to add to his minutes over a busy period, having missed a large swathe of recent times due to an injury.

He said: “It’s good to be back. I need to get minutes under my belt. I missed a good bit with a wee injury. That’s another 30 minutes tonight so hopefully I’ll get some more again on Friday.”

As Harps looked for a spark down the home straight, they couldn’t really trouble Shels.

The absence of supporters – with only 50 season ticket holders present – left Finn Park devoid of atmosphere in the moments when the inspiration might ordinarily be expected to come from the terraces.

Harkin said: “It’s strange. Especially in the last 15 or 20 minutes, you’d usually have the fans shouting us on if we were a goal down. They’re a big help.

“Every team is experiencing the same, but we’ll just have to get used to it – and quick. There aren’t already many games left.”