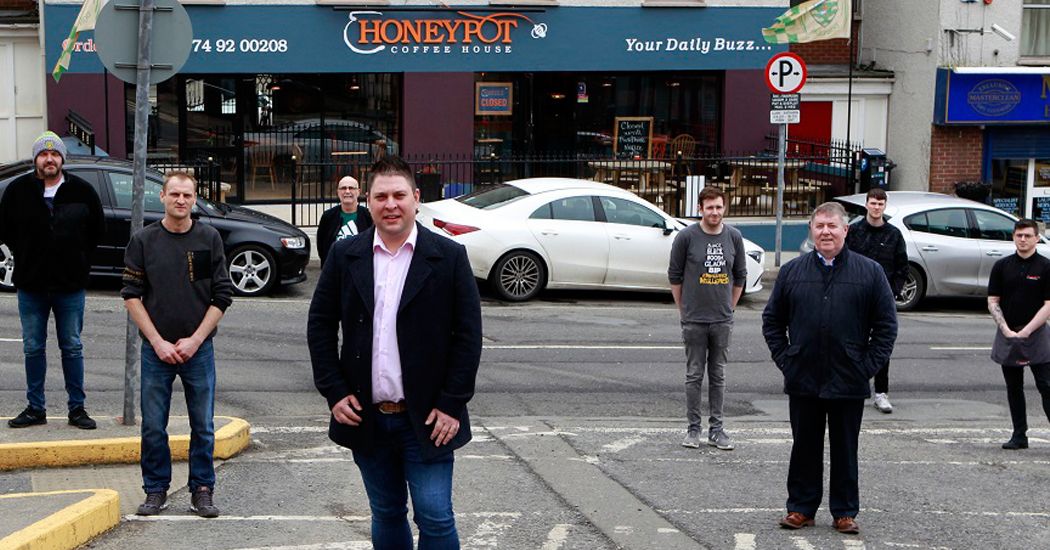 Hopes high that ChefAid is on menu again

HOPES are high that a service akin to the successful ChefAid programme rolled out during the Covid-19 lockdown can be retained in Donegal.

At a meeting of the Donegal County Joint Policing Committee on Friday, Ballyshannon-based Councillor Barry Seeney noted the success of the venture.

In particularly, he highlighted the vast number of people whose daily needs were only noticed during the height of the pandemic.

The Donegal Community Forum, set up to aid a response to Covid-19, received over 700 calls from March until the end of July.

“The calls that came into the helpline were only a fraction of the actions,” Cllr Sweeney said.

“A lot of people wouldn’t have been known. There were a few calls in the Ballyshannon area to see if there would be a need for it in the area.

“It struck me how many people thought it would be ‘okay, grand’, but a lot of people went unnoticed.

“Needs were actually found and it is continuing in some form. We need that continued support to make sure that the vulnerable people are still getting their meals. Their needs previously went unrecognised.”

Cllr Gerry McMonagle, the Donegal JPC Chair, who was a central figure in the establishment of the ChefAid in Letterkenny, said:  “The work is ongoing. it is something that really came out of lockdown, that we were able to identity those and maybe we can move towards regularising a delivery on a daily basis.

“Meetings are ongoing and I hope there will be a good outcome.”

The success of the Forum was noted at Friday’s meeting in the Balor.

Cllr Niamh Kennedy said: “It was a fantastic thing for us all to do. I was delighted to be part of it. Everyone contributed and it was a great way of getting information to the public domain.”

There were 368 calls relating to volunteering, payments and entitlements, accommodation, transport, information from service providers; 195 people called regarding medical or health needs; 87 people called about collection and delivery of food, essential items, fuel and medication; while 66 callers phoned about special isolation, supports and engagements; 42 calls were about meals; while 12 were Garda related matters.

“This was a great example of multi-agencies working together,” Garda Inspector Denis Joyce said.

Donegal County Council Director of Services, Liam Ward, said: “One of the main tasks of the form was to establish a helpline.

“This was a critical service in the early days to coordinate the various community groups that were operational across the county.

“The people who did the heavy lifting were the local groups who were able to respond to every-day needs. It was a huge success.”

The helpline remains in place on a scaled down basis now, but the Council has retained the ability to upscale should the need arise.