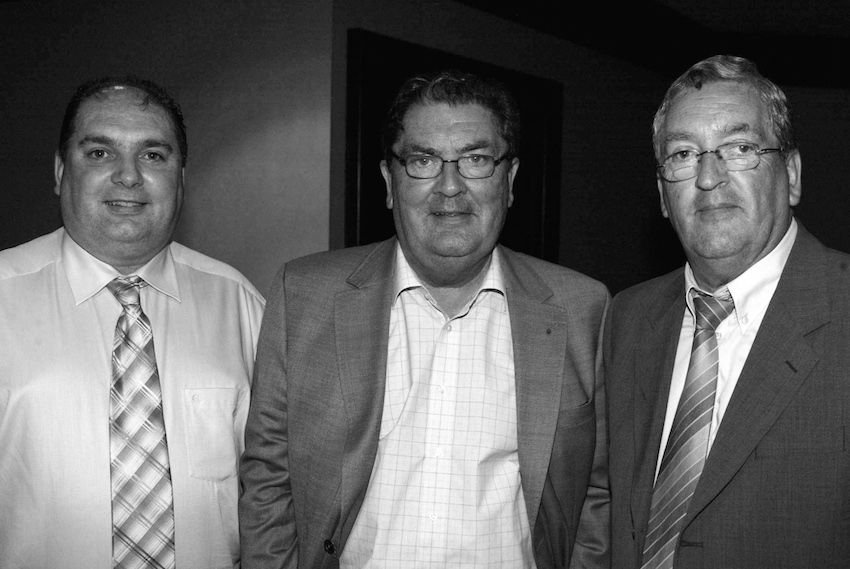 Like many of us who thought they knew John Hume but didn’t really, Donegal Daily columnist Brian McDaid recalls his meetings with the late great peacemaker.

I watched McGonagle’s bus pull up, drop off and lift passengers on its way from Derry to Buncrana on Tuesday evening running along the old Lough Swilly Bus route and parallel to where the old train ran before that.

I tried to listen for familiar accents, for a ‘How About You’ in the way folk greet each other in this part of the country.

It didn’t feel that long ago but a few years could have passed in between.

At the weekend it felt only like yesterday as I heard the sad news that Derry’s John Hume had passed away after a long illness and my memories of the last time I met John made me think of happier times.

John Hume was someone that I couldn’t say I knew personally nor he me, but I was very aware of his legacy and the mark he left on this corner of the world.

Covering jobs over the years all over Donegal were John Hume was a special guest I never felt familiar enough to have a conversation with him other than try and catch his eye through the lens of a camera.

One of the many photo of the Late John Hume at various function in Co Donegal. Photo Brian McDaid.

I would have loved to have been a news photographer on MaGilligan Strand or to be on Craigavon Bridge to capture that iconic photo that photojournalist, Trevor McBride captured of John Hume higher than the crowd pointing the way with his hand out. But it was well before my time and I was always more than happy to capture and be in the presence of a living legend that was John Hume.

Such times as when he was the special guest at the opening of a summer school or a civic reception for people like fellow Derry man Phil Coulter at the Donegal Council Chamber in Lifford and possibly the last job I covered, that of John and his wife Pat at a function in the Mt. Errigal Hotel to celebrate the retirement of his brother Paddy from the HSE in Donegal.

Paddy Hume pictured with his family at his retirement function in the Mt. Errigal Hotel Included are his wife Bridget, his brother the late John Hume and his wife Pat. Photo Brian Mc Daid

My very last time to meet John Hume was the first time for me to meet him when I wasn’t working behind a camera. My chance meeting of running into John came on the Donegal and Derry Border on a summer’s day.

Sitting in my favourite cafe watching the world going by, watching people with Donegal and Derry registered moving freely, it was a surprise to see the familiar face of John Hume emerge out of one of the cars, his wife Pat and one other person was in his company as they proceeded to head into the cafe I was sitting in.

Doherty’s Cafe in Bridgend was well packed that summer’s day; everyone seemed to see John and his group coming into the chipper.

Great memories of meeting the great John Hume a few years ago in Doherty’s Cafe in Bridgend. Photo Brian McDaid.

Before John arrived every table was wrapped up in their own conversation with the busy rattle of plates coming from the kitchen with orders making their way to tables.

Now everyone was aware of John Hume, his charisma filled the place and all were trying to catch his eye, some calling across the cafe ‘Hello John’, and John replying back across the cafe to them. Some made an excuse out to an engaged toilet so they could walk past John by accident, on purpose and say hello.

All of a sudden the thought crossed my mind that this may well be the very last time I would ever see John Hume.

I was old enough to remember what the troubles were like, what it was like to cross the border not so many years ago a half a mile up the road from this cafe through the maze of corrugated and concrete checkpoints and thought how this man sitting across the cafe floor helped to reshape what, to many looked impossible.

Memories of me being held up a gunpoint with a gun hidden in a coat pocket being prodded against my rib by a man with his face covered, seeing just his eyes as he stood in the middle of the road at the bottom of the flyover stopping the bread van I was driving that day heading into Stevenson’s Bakery on Williams Street.

Or going into Derry on another Saturday morning to find the bakery taped off following a warning of a bomb that later exploded.

Right through to being out a night in Derry in the upstairs pub near the GuildHall and the Derry wall at the bottom of Shipquay Street when a bomb was thrown at a R.U.C. Land Rover and the blast landed the three big windows of the pub on top of us in the bar.

This was only the smallest fraction of the Troubles that I have seen in Northern Ireland over the years, and this man John Hume helped turn this all round in a peaceful way.

There was a moment when I wanted to go over and tell John how much I appreciated what he did for his fellow man, woman and child but that’s the problem with living legends, you feel like a fool wanting to express your feelings so you just stand there, or in my case sit there and do nothing.

On Friday last a group of pupils from the preschool playgroup near Bridgend came together, observed their social distance, donned their mortar board and gowns to receive their graduations certificates and get their end of term photo on the first steps in their lives.

Then on Tuesday evening on what would normally be a very satisfying journey delivering the happy faces from their big day, I spent my journey from Letterkenny to Bridgend thinking about John Hume who would start his final journey that same evening from Moville to his home in Derry City.

I thought of the many different times he had traveled across this border and bigger and unpopular borders to no man’s land on his long and sometimes unpopular journey in search of peace.

I called into Doherty’s Cafe on Tuesday evening and thought about meeting John on that summers day not so long ago and how on that day when he was finishing eating he went around all the tables and had a wee chat with everyone and as he passed my table in his familiar and famous Derry accent he stopped and ask “How you doing?”

The cafe in Bridgend this week with the new screen in place. Photo Brian McDaid.

“I’m not so bad, John,” I proudly replied

“Do you know something?” he said to me as he leaned over and rested one of his hands on my shoulder.

“No, what’s that?” I replied, leaning my ear in his direction.

“You know, he said and then paused for a second ‘You Know they do a great fish supper in here’ he whispered before giving me a smile before heading out the door to his awaiting car.

This Tuesday evening in Bridgend and everywhere, borders of a different type are now in place throughout Doherty’s Cafe which was first opened in 1974 in the middle of the Troubles.

A view to the window from Doherty’s Cafe of everyday peaceful life at the border town of Bridgend. Photo Brian McDaid

Now it’s screens and perspex between the tables. The battle is against a different invisible virus, something that John Hume would have very little knowledge of because of his failing memory.

On Sunday morning John Hume’s life ended in this world as a recipient of the Gandhi Peace Award, the Martin Luther Award and the Nobel Peace Prize to name just a few.

He was a man of the people, he looked after us, he fought for us in a peaceful way all his life for us and on the last day that I met John it felt very much like everyone in the Cafe that day was returning his kindness to him and his wife Pat in any way they could on their wee day out to Donegal.

Phil Coulter pictured at the Donegal Co Council chambers in Lifford were he was honoured with a civic reception. He Is pictured with fellow Derryman the late John Hume . Photo By Brian McDaid.