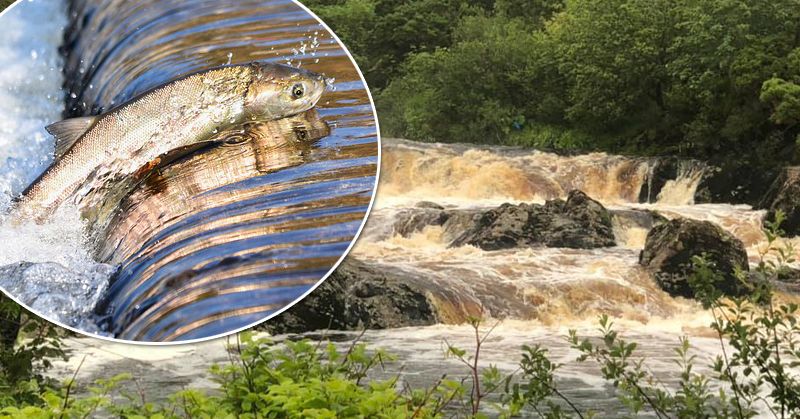 Anglers in Donegal are leaping with delight over an abundance of salmon in local rivers.

It’s an “angler’s dream” out there, according to Noel Carr from Carrick.

Carr, who is the National Secretary of the Federation of Irish Salmon and Sea Trout Anglers, has welcomed the increase in stocks in recent months.

The Federation says it’s no coincidence that larger numbers have returned to local rivers. Heavy rainfall and floods in July combined with international salmon conservation programmes have been attributed to the favourable conditions for a surge.

Carr told RTE’s Morning Ireland that there has been a marked increase across Ireland’s rivers, particularly in Donegal, Kerry and along the West Coast.

“It’s nice to see something improving after 30 years of salmon conservation campaigns to get our government to try and improve habitat enhancement schemes over the last number of years,” he said.

A key conservation project in Ireland was the driftnet ban in 2006, Carr added.

As lockdown lifted in Ireland anglers rushed to their favourite fishing locations, but the pandemic also had an effect on poaching, Carr said.

“There’s less anglers fishing, but much more importantly, perhaps there isn’t this high level of poaching that has occurred in past years and we are seeing a result of that in the upsurge.”

With returns not seen in more than a decade, angling tourism is said to be riding a wave of success too.