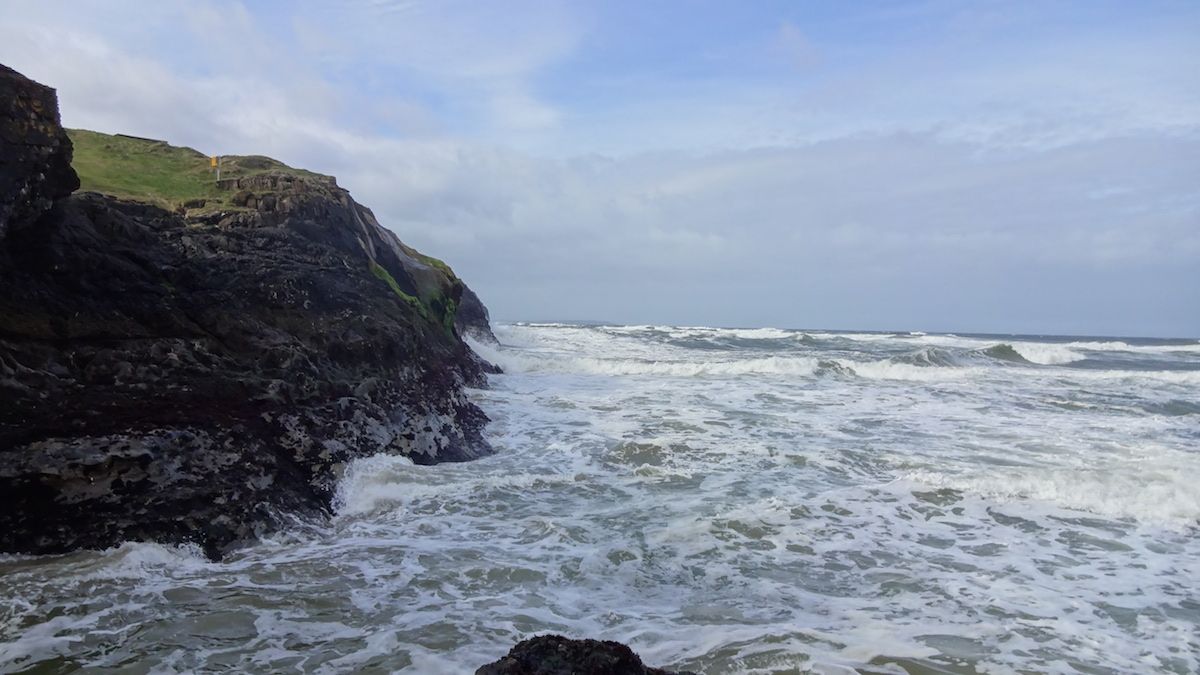 A 57-year-old County Tyrone woman found in water near a popular tourist spot in Donegal died by drowning, the inquest into her death has found.

Marian Lawlor from Tummery Road, Dromore, was found in water near the popular Rougey Walk after 9am on June 30, 2019, Letterkenny Coroners Court heard.

A deposition from a Spanish student, who was visiting Bundoran for a weekend of surfing with friends, was read at the inquest. The student told how he had gone for a walk on the morning of June 30 at Rougey Walk.

He spotted a body lying face down in the water and alerted two ladies nearby. He said the body was difficult to see at times.

The body, later identified as that of Ms Lawlor, was recovered from the water by Owen Murphy from a nearby surf school.

Mr Murphy performed CPR on Ms Lawlor, who was pronounced dead by a doctor just before 11am.

Frank Lawlor recalled how he left for work at the South West Acute Hospital in Enniskillen at around 7.45am.

His wife had made him a cup of tea and a plate of toast before he left. As Frank left, his wife hugged him and said: ‘Bye, bye Frank’.

Ms Lawlor had been a patient at the South West Acute Hospital on June 27 when she felt a weak turn. Mr Lawlor advised doctors that his wife had been taking sleeping tablets and antidepressants.

“She was discharged on the Thursday night and the Community Mental Health Team (CMHT) said they would do a series of home visits to get a treatment plan,” Mr Lawlor said.

“On the Saturday, the CMHT called and advised that Marian refused to get out of bed or pull the curtains.  They said she may have to be admitted.

“I assured her that I wouldn’t sign her in unless her life was in danger.”

Mr Lawlor said his wife had no problems with her mental health until the beginning of June, 2019, just weeks before her death, when her mother had a fall. The incident had an adverse affect on Marian, who he said had been ‘in good form’ on the May Bank Holiday weekend.

The CMHT called to visit Marian on the morning of June 30, but she was not at home and her white Hyundai i30 was not there when they arrived.

Mr Lawlor got a call from his brother-in-law to inform him of what had happened.

Pathologist Dr Hajnalka Gyorffy told coroner Dr Denis McCauley that Ms Lawlor had ‘significant heard disease’ and there was the presence of salt water in her lungs.

He said: “We don’t know if she voluntarily went into the water. I could not bring in a verdict of suicide. It is a possibility, but I would have to be beyond reasonable doubt.”

Dr McCauley and Sergeant Lynch thanked the emergency services and praised the others who assisted.

Mr Lawlor thanked the Gardai, doctor, priest, hospital staff and the members of the public who assisted.