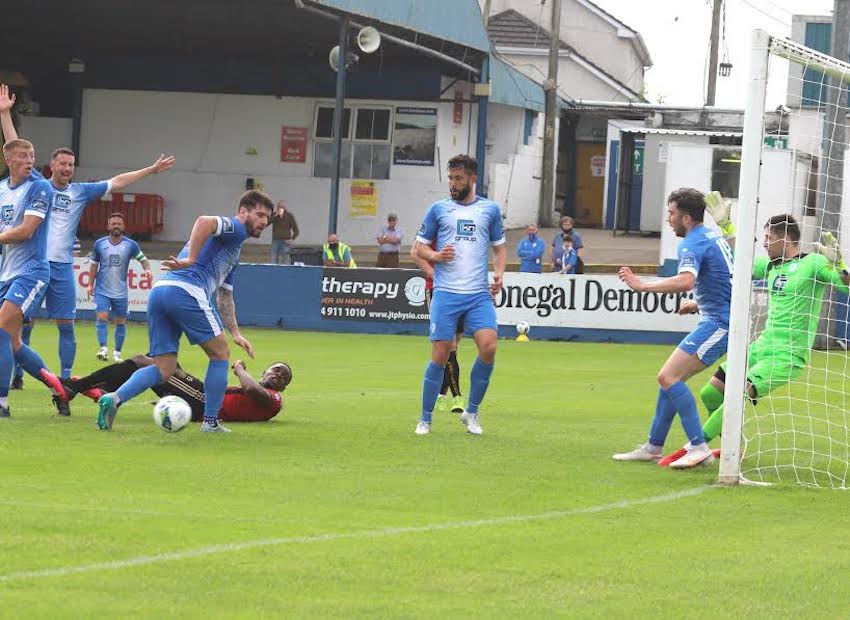 FINN Harps are rooted to the foot of the Premier Division table after a narrow loss to second-placed Bohemians.

With their tails lifted after a Cup win over St Patrick’s Athletic on Monday, hopes were high that Harps could build, but the Gypsies had enough nous to hold on after Grant’s opener.

Harps fought gamely, but lacked a touch of refinement in the final third.

Harps manager Ollie Horgan was sent to the stand by referee Ben Connolly ten minutes from the end.

The Harps boss had been cautioned for challenging a decision in the first-half and Connolly brandished red to the irate Horgan, who fumed when assistant referee Darren Carey signalled a Bohs throw-in in the 80th minute. 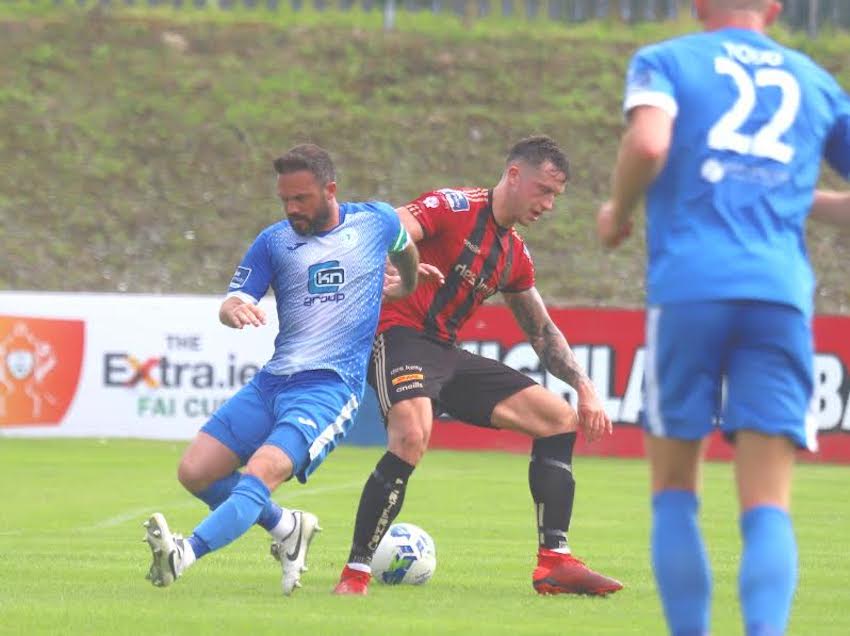 Harps upped the ante and Bohs ‘keeper Stephen McGuinness spilled an 85th minute corner by Tony McNamee, but his blushes were spared and Harps were unable to force a leveller.

Bohs broke the deadlock when the busy Andre Wright nodded into the path of Grant. A neat first touch took Grant past Dave Webster and, one-on-one with Mark Anthony McGinley, the Bohs attacker tucked into the bottom corner.

Harps began well at a high tempo and might have hit the front in the second minute. Barry McNamee’s free kick was headed across goal by Kosovar Sadiki and Karl O’Sullivan arrived a fraction too late when a touch would surely have yielded the opener. 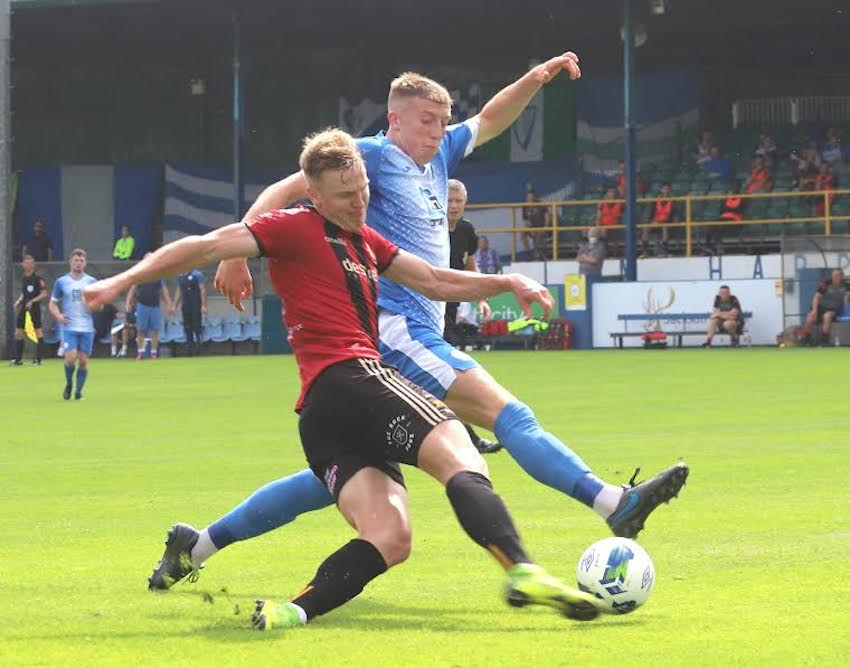 Bohs announced themselves as possible title challengers with a 2-1 win over champions Dundalk last time out. Keith Long kept faith with the same team from that victory at Dalymount Park which elevated the Gypsies into second spot.

Bohs almost caught Harps napping a quarter of an hour in when Kris Twardek got behind Sam Todd to get on the end of a throw-in on the right flank. While Harps managed to avert the danger, the moment ought to have served as a warning.

A goal-line block by Stephen Folan prevented Wright from doubling the lead from an acrobatic shot in the 34th minute. 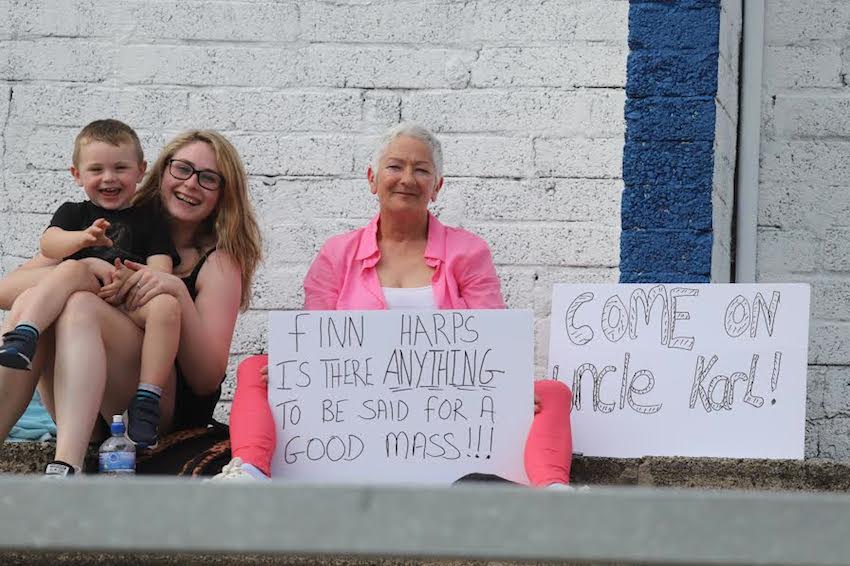 A fourth minute goal by Ryan Connolly gave Harps a first win since the season’s opening night as a victory over Bohemians secured an FAI Cup success over St Patrick’s Athletic.

Harps, though, arrived into this one as the team’s bottom side as Cork City lifted above the Donegal side with a big win over Sligo Rovers last night.

The return of McNamee, who hasn’t featured since the Covid-19 lockdown due to a rib injury, gave Harps a significant boost. The Ramelton man and Shane McEleney came into the starting XI in place of Adrian Delap and Ruairi Harkin. 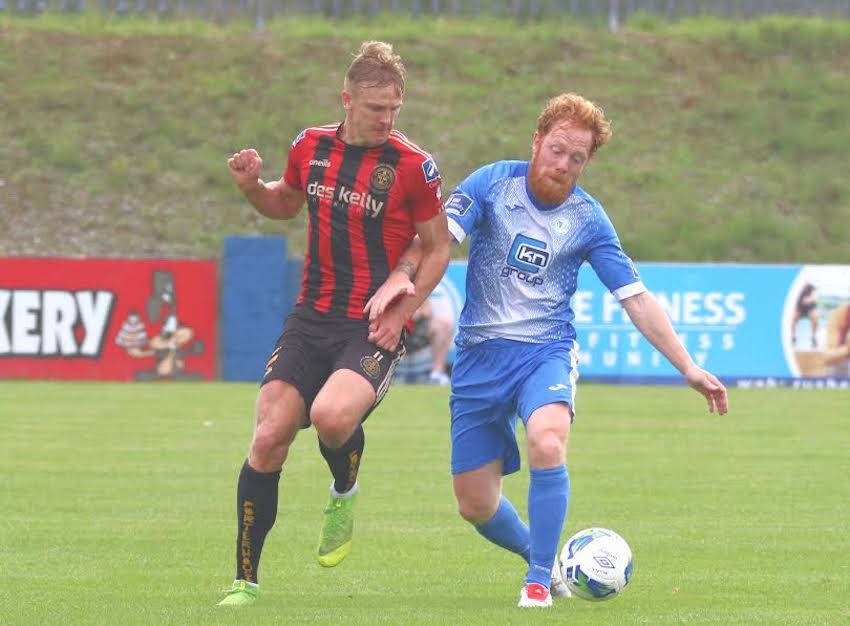 Dan Casey headed off target with a free header just five minutes into the second half as Bohs looked for an early second. It didn’t arrive, but the visitors were able to hang onto their lot.