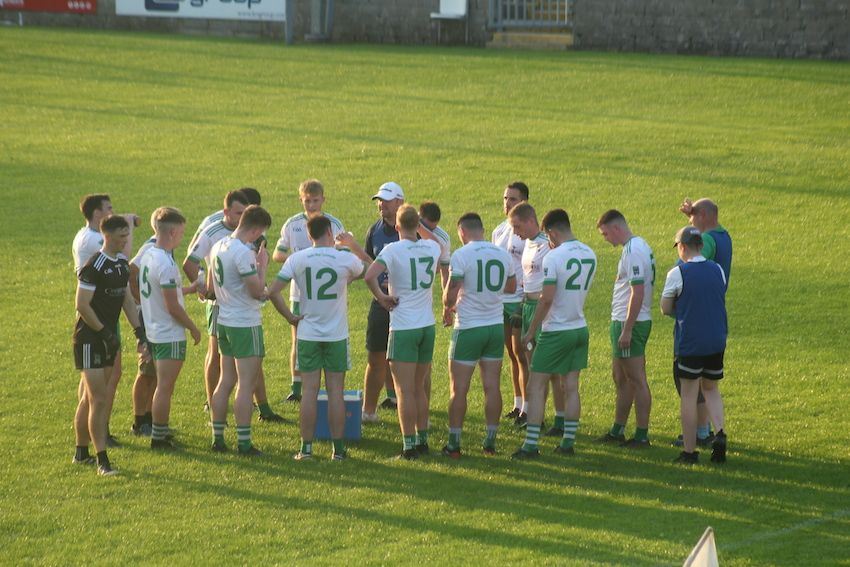 On a night when Glenfin were never in front, the teams were level nine times, the last of which when Gerard Ward converted a free with the game’s final kick to earn the visitors a point.

“Our lads are disappointed, naturally so after being a point up,” Rouse told Donegal Daily/Donegal Sport Hub.

“We felt we did enough to win the game. We have to look at it from another perspective and see what we have to do the next day to make up for the mistakes. It’s a point and we just have to take it.

“We felt a couple of times that we could have held in, but they got back for scores. That was disappointing that we let them in so easily. It was never going away and level nine times speaks for itself. I’d say that both teams will be happy enough with a point.”

Both teams are unbeaten this year in the Championship after three games and well positioned ahead of the final day of group fixtures next weekend.

Rouse, in his first term as manager, said: “Championship wasn’t really on our radar. it was about getting out of Division 2 and getting senior football on a weekly basis. We are getting that now and we have to learn how to adapt and play at that level. We have taken good steps forward. It’s been a good year so far.”