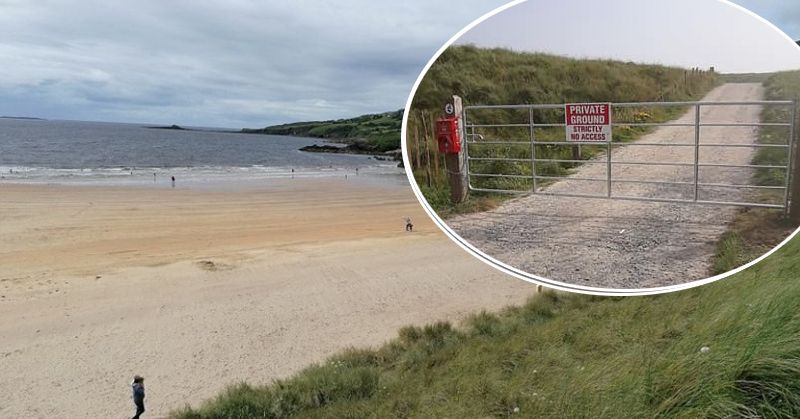 Residents of south Donegal have been left dismayed by a new fence blocking one access route to Fintra Beach.

A closed gate appeared at the Killybegs beach last week to block what is believed to be a traditional right of way.

The route near the Old Fintra House and Clocktower entrance had been used for over 100 years, and the unannounced blockade has left some residents ‘in total despair’.

While the right of way was there for walkers, there are local reports of campervans parking on the land this summer.

Local representatives have brought the issue to Donegal County Council.

He said locals are rightly concerned.

“This is a huge concern, there has always been a walkway down to the beach,” Cllr Naughton said. “I have been on to the council and talked to a number of residents over the week. The reality is, if people haven’t the right of way, then who has the right?”

There is a small car park with another path to the beach, but a rise in traffic has led to problems recently.

“The car park is small, and more are using it this year than normal, the area probably never saw as much tourism. There might be excess traffic but that doesn’t give them (the landowner) the right to close a right of way that has been there for 100 years,” Cllr Naughton said.

The issue has raised a lot of debate locally, but councillors are currently waiting on confirmation on the right of way before progressing with the matter.