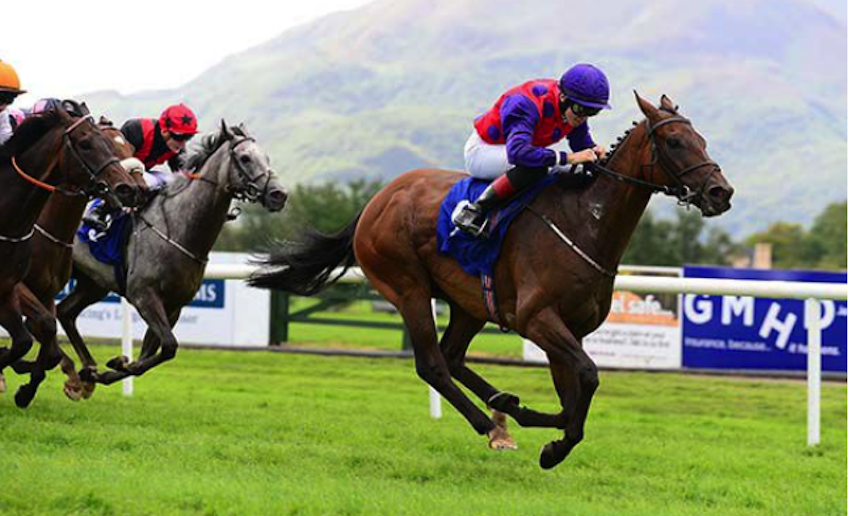 In-form Browne-McMonagle wins for fourth day on the trot

LETTERKENNY jockey Dylan Browne-McMonagle was in the winners enclosure for the fourth successive day this afternoon.

Browne-McMonagle and High Altitude won by one and a half lengths from Insignia Of Rank (9/2) after powering home in the final two furlongs.

The John Murphy-trained High Altitude completed a hat-trick of August festival wins at Killarney having won on each of the last two years.

On Tuesday, Browne-McMonagle was victorious on Snapraeterea (5/4) for JP O’Brien at Roscommon and on Wednesday the teenager rider won at Killarney on Dermot Weld’s Mere Catherine (5/1).

Yesterday, he took Weld’s Lightning Amber (16/5) to a win at Leopardstown.