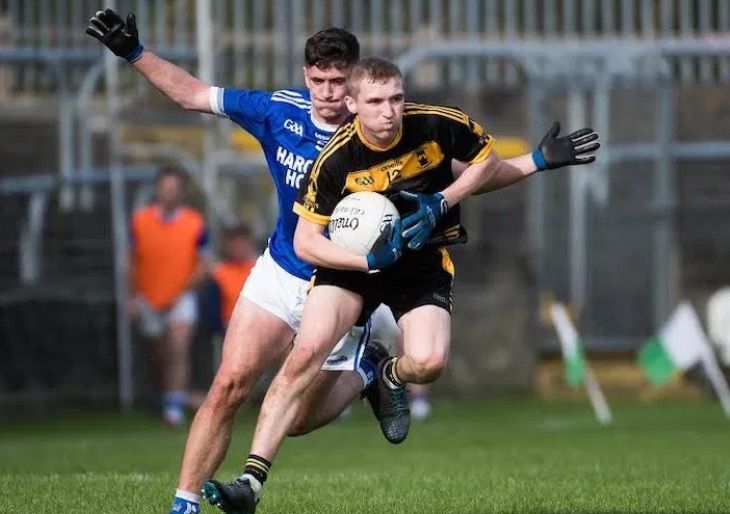 ST EUNAN’S breezed to a home quarter-final and a meeting with Bundoran following victory over a an overly-cautious St Michael’s this afternoon.

For the umpteenth time in the opening round of the Donegal SFC, the gap between the ‘Big Four’ and the rest proved to be pretty empathic. Eoin McGeehin and Niall O’Donnell were the goalscorers and Brian McIntyre scored four from play.

Gary O’Neill’s team began the day in the top four with a two-point lead on Bundoran and five better off on the points difference standings.

However, with the Fisherman raking up the scores at Pearse Park, St Michael’s, who had Antoin McFadden sent off for a second yellow on 35 minutes, didn’t do enough for themselves and were soundly beaten. They’ll take to the road to face Kilcar in two weeks’ time.

McIntyre continued his good form of late with two early scores and Niall O’Donnell, back from suspension last week in Killybegs having been sent off against Kilcar, marked to make it 0-3 to 0-0.

St Michael’s were three from the three and came to Letterkenny in a bid to avoid defeat and cement a quarter-final at the Bridge, where they’d overcome Ardara and Glenswilly as well as beating Milford on the road.

In a cagey opening, they failed to register a point in the first quarter, seeing only Martin McElhiney shoot wide twice and Colm McFadden getting under one too much and Shaun Patton could pluck it as it dropped. However, they awoke just after the first-half water break, scoring points from Ruairí Friel and the returning Andrew Kelly to make it 0-3 to 0-2 on 20 minutes.

St Michael’s, though, were defensive and their attack lacked the usual cohesion and with St Eunan’s coming from deep, reclaimed the initiative before half-time. Caolan Ward, Daragh Mulgrew and James Kelly pointed and Padhraic McGettigan swung at a dropping ball which flew just over Oisin Langan’s crossbar.

Niall O’Donnell’s free made for a 0-8 to 0-2 lead for Richard Thornton’s team.

And when Peter McEniff opened the scoring in the second half, Antoin McFadden sent off for picking up a second yellow and Colm McFadden replaced inside of 10 minutes, St Michael’s looked a beaten docket then.

Colin McFadden tested Patton with the first shot on goal of the afternoon on 38 minutes, with the Donegal goalkeeper getting down low to his left to turn it around the post. Ciaran Gallagher scored St Michael’s first score in 23 minutes but that merely acted as a prelude to St Eunan’s goal on 43 minutes from McGeehin from a Shane O’Donnell pass.

In the 48th minute, St Eunan’s second goal came when Niall O’Donnell smashed home a rebound after Daragh Mulgew’s initial shot at a goal came back out off the crossbar to make it 2-9 to 0-5.

Rory Carr and McIntyre’s third and fourth from play and Ward’s late score rubber-stamped St Eunan’s home quarter-final. Rory Kavanagh, on his 38th birthday, almost got on the scoresheet only to hit the upright with his shot in injury time.