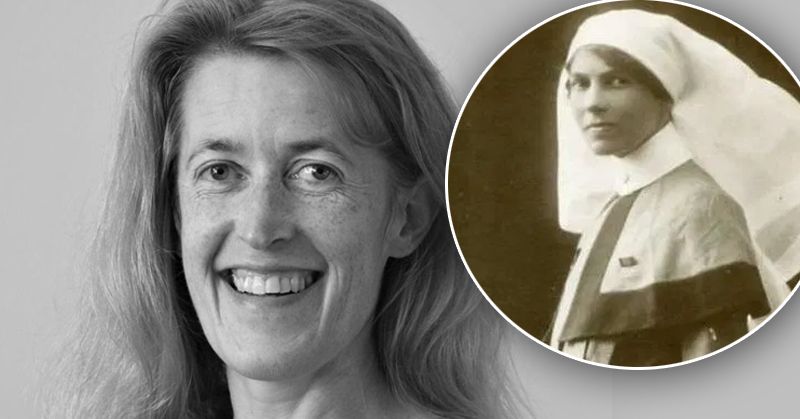 The remarkable life of a Donegal nurse is set to get recognition this year thanks to local actress and writer Maggie Hannon.

Catherine Black MBE, born in Ramelton in 1878, was nurse to both kings and beggars.

Nicknamed ‘Blackie’, she was the private nurse to King George V up to his death. She was also a war nurse in WW1 and worked among the poorest communities in London.

Her life story has now been written into a play which will be shown in theatres around Donegal this October.

With social distancing restrictions, it is a stroke of luck that ‘Sister Black’ was always destined to be a one-woman play.

Maggie has been writing and developing the play since spring 2019. The account is based on Catherine’s own memoirs, King’s Nurse, Beggar’s Nurse along with other materials and war diaries from her time.

Maggie delved into the many dimensions of Catherine’s life. While she was a ‘strong-minded’ and ‘very proper’ woman, Maggie found that she didn’t give away much about herself in her stories.

“Catherine Black’s life was so amazing, it was hard to pick things to talk about, you could have a series of plays about her life,” Maggie told Donegal Woman.

“Some parts are shocking, but they are of their time. There are parts that can’t be left out. They show where her heart was.

“The book was amazing, and I hope this play encourages people to read it and find out about this woman.”

Born at Ardeen House in Ramelton, Catherine was the eldest of six children. Her father Moses Black ran a draper’s shop, but the vocation of nursing was there from her childhood. She moved to England as a young woman and applied herself to working in various hospitals before volunteering in the military service. After the war, she was sent to work as the private nurse of King George V from 1928 until his death in 1936.

“She was devoted to her work, her family didn’t want her to be a nurse at all. They wanted her to stay at home and mind the family. At the time, nursing was seen as something that people without much education did, but she had a passion for it,” Maggie said.

Maggie’s background is also in healthcare. She worked as a doctor until 2015 while acting was always part of her life. She trained in theatre Prague from 2015-2018 and has led acting classes in Donegal in recent years.

‘Sister Black’ was originally scheduled to premiere during the Earagail Arts Festival, but the cancellation was a fortunate turn of events which gave Maggie more time to work on it in a relaxed manner. She has now booked dates on October 3rd in Ballyshannon Arts Centre as part of the Bluestacks festival; October 9th in Ramelton Town Hall and October 13th in An Grianan, Letterkenny. Booking links will open at a later date.

The theatre industry will be changed for a long time, Maggie said. “It will come back, but it might take years for it to come back to where it was. In Plague times the theatres closed for years but they always started off again. It’s a niche interest, but it’s a powerful one for those involved in it and love it.

“People get so much from theatre even those that do not go into it, it changes lives, you can see people’s eyes light up when they get it.”