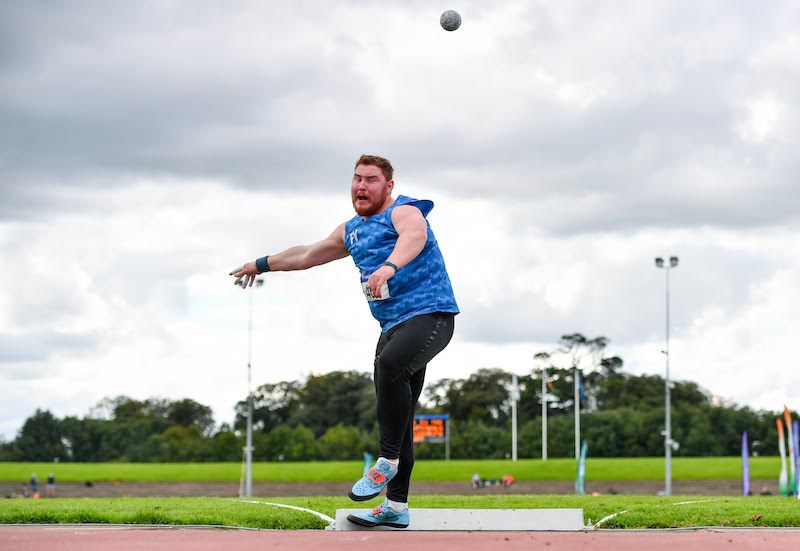 James Kelly, his younger brother, took the senior silver, with a personal best reach of 16.48m – which also saw him take the under-23 gold medal.

“It was good,” John Kelly said.

“It was one of my best throws of the season.

“I’d have loved a bit more, but I won’t complain – and there’s always another day. I have another day to make hay.”

The past year has seen Kelly work closely with an elite group in Sweden that also includes Swedish discus thrower Daniel Ståhl, a 2019 World Championship gold medalist in Doha.

He said: “It’s been very good. It was nice to get out and get a good bit of training and good competition. Hopefully I can get back out and get some more throws.”

James Kelly is aiming for the 17m that is the qualifying mark for the 2021 European Under-23s.

He said: “I matched my personal best. I was psyching myself for the whole round. I was so happy.”