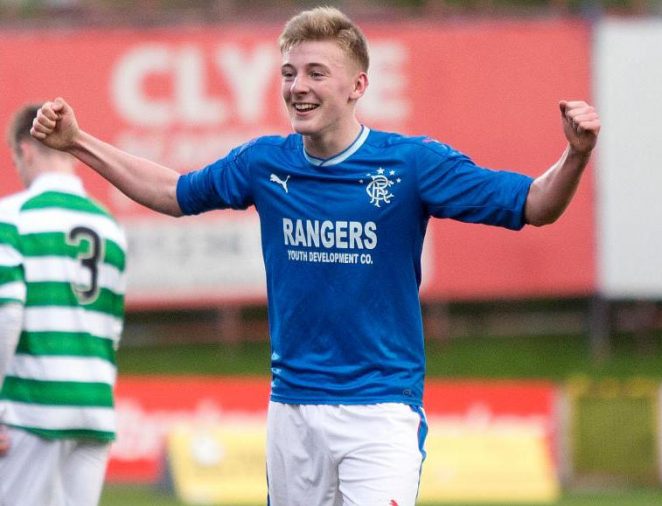 Rangers player with Donegal links goes out on loan

RANGERS footballer Matthew Shiels – who has close family ties in Donegal – has joined Clyde on loan.

The 19-year-old full-back will join Clyde having previously been loaded to Dumbarton and Edinburgh City.

Shiels now moves to League One Clyde and will be hoping to feature in a highly-competitive and demanding environment.

Clyde will be aiming to kick-on towards the top-end of the division under manager Danny Lennon.

In 2017, Shiels was called up to the Republic of Ireland under-17s and he has also played for the Ireland Under-19s.

He qualifies due to his links to Donegal.

The late Tommy Shiels was from Manorcunningham. He married Anna McDaid, originally from Lower Main Street in Letterkenny.

The Shiels family settled in the Clydebank area in Scotland.

Their son, Thomas, is the father of the player, who plays for the Rangers development squad.

Paddy McDaid, the former Letterkenny Rovers player and now Illistrin coach, is a cousin. His father, Barney, is a sister of Anna Shiels.