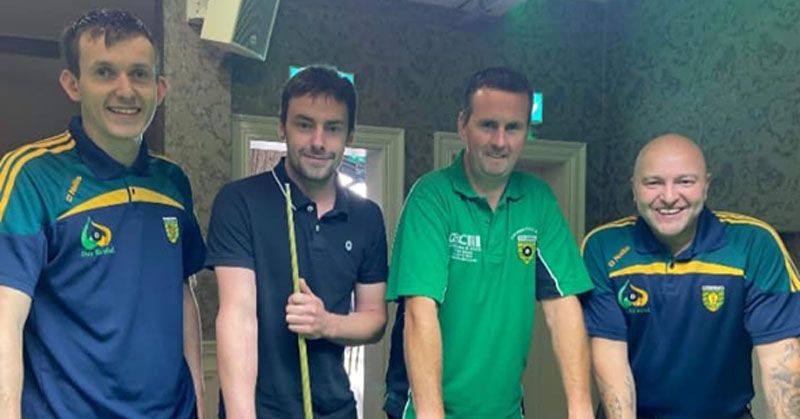 David Moore was the toast of Donegal pool at the Ulster Inter-County Pool Players Festival.

The Letterkenny man secured the over-40s title in dramatic fashion at the event in Omagh last weekend.

Winning any competition is tough but when you’re up against one of the best pool players ever to lift a cue, then you know you have your work cut out for you. That was the situation David found himself in, after beating a host of talented players to reach the final. His opponent was Ronan McCarthy, who has competed professionally for years, garnering a host of top titles and being renowned as one of the best money-match players of all time.

David has plenty of pedigree too, being a former county champion and one of the main stalwarts on the Donegal team for many years, including the team that lost in last year’s All-Ireland final. In the final, David rose to the challenge, playing some of his best-attacking pool to deservedly win out on a 7-5 scoreline.

Donegal also had plenty of representation in the other events.

In the men’s singles, Tony Mulhern from Gweedore and Gareth Kirwan from Letterkenny, both made the last eight in a field packed with high quality cueists.

In the team event we had a fantastic representation with five Donegal teams. The A-team, who actually won the first two stagings of the event, qualified from a group-of-death to make the quarter finals, but were beaten by 11 frames to 7 by a clinical Antrim B.

Armagh were the eventual winners, coming through a last frame shootout against Leitrim in the final to win on a scoreline of 11-10.