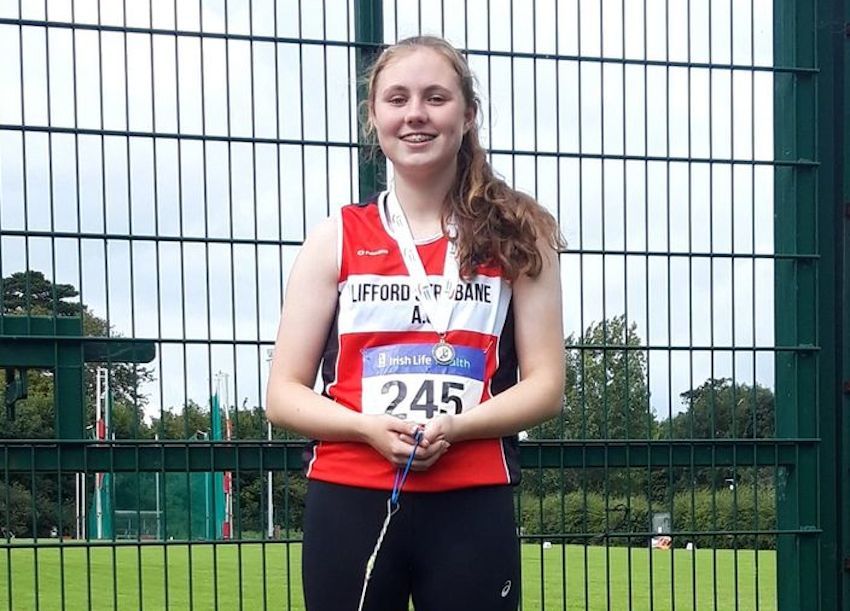 The Lifford-Strabane ace won silver in the National Junior Championships, reaching out to 48.58 metres.

Gallen, who is just 15, recently added six metres to her Donegal record when finishing fourth at the National Senior Championships in Santry.

Then, she set a new mark of 48.12m and narrowly missed out on a medal.

The St Columba’s College student added almost half-a-metre to her record today as she took silver, behind winner Nicola Tuthill from Bandon, who won with a whopping 57.19m effort.

The daughter of former Donegal athletics star Sharon Foley, her star has been rising rapidly.

Just last month, she won four golds at the Ulster Under-14-17 Track and Field Championship – winning the under-17 hammer, shot, discus and javelin.