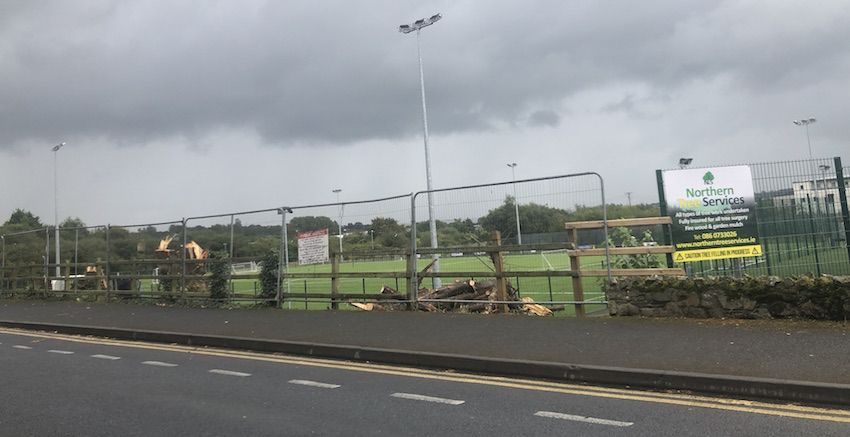 Mixed reaction to removal of trees in heart of Letterkenny

There has been a mixed reaction after a row of mature trees in the heart of Letterkenny were chopped down.

The trees along the Pearse Road outside the local community centre have stood for decades.

However, they were professionally removed this week by a landscaping company, Northern Tree Services.

Many people have taken to social media to complain about the removal of the trees.

However, it is understood the council removed the trees in a planned operation.

It is understood the roots of trees had started to impact on the adjoining footpath.

Some pedestrians had complained that the surface of the footpath had become a danger as a result of this.

There have been calls on the council to replace the trees with either a hedge or a different variety of tree.

Local county councillor Gerry McMonagle said funding had been sought in order to cut the trees down.

“They were simply becoming too back and had impacted on the local roadway and footpath.

“I have to say I think it looks a lot better it shows the facilities the community centre has to offer in a better light,” he said.

Mixed reaction to removal of trees in heart of Letterkenny was last modified: September 5th, 2020 by Staff Writer