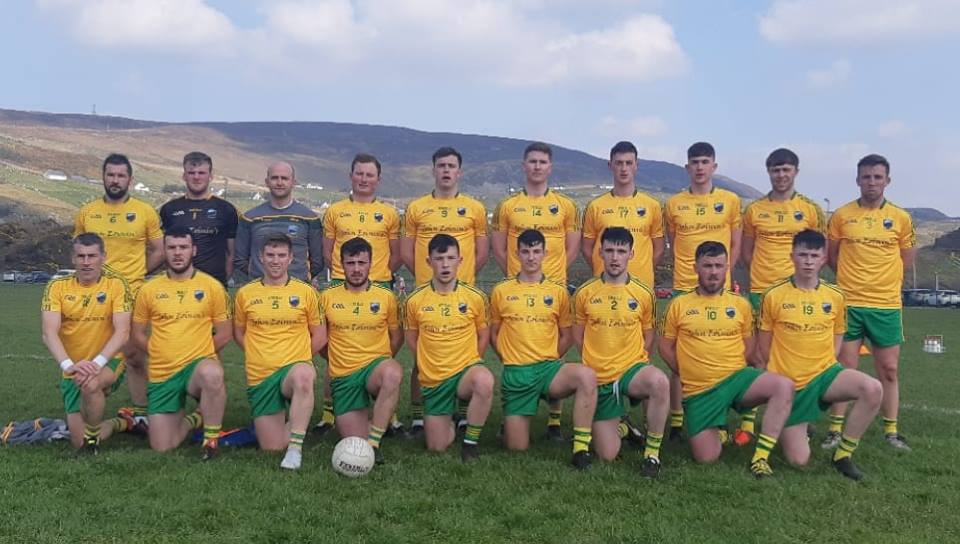 Naomh Columba advanced to the semi final after getting past a Malin side that was stubborn till the end in the IFC this evening. Naomh Columba 0-13 Malin 1-7 The Inishowen side got off to a good start from Josh Conlon who pointed from close range Aaron Doherty levelled with a point. Ryan Gillespie put the hosts in front before the lively Josh Conlon equalised for Malin after eight minutes. But strangely that was the last point for Malin until the 46th minute as Naomh Columba got six points without replay Lanty Molloy getting three of them, while Ryan Gillespie got a forward mark from Christopher Byrne and another one from Ronan Gillespie as Naomh Columba led 0-8 to 0-2 with first half coming to a close. Malin got back into the game with a goal as Josh Conlon set up Paul McLoughlin powered past Gerry McGill to leave it three in it at the break – Naomh Columba 0-8 Malin 1-2 Naomh Columba got a penalty  as David O Donnell was fouled Aaron Doherty struck it over the bar to widen the gap to four. Then, further points Lanty Molloy and David O Donnell  seem to leave the home side comfortably ahead. But Malin finally got going after the water break with a close range free from Paul McLaughlin and that was quickly followed by a point from Connor McLaughlin as time running out Fionn Gallagher and Aaron Doherty put six in it but a late surge from Malin two quick fire – scores from Brendan McLaughlin and Paul McLaughlin left four in it in stoppage time as Malin looked for a goal Sean O Neill drive went over the crossbar as Val Murray sounded for final whistle. Naomh Columba: Gerry McGill;  Barry Carr,  Phillip Doherty,  Kieran McBrearty;  David O’Donnell (0-1),  Eric Carr,  Pauric Ward;  Fionn Gallagher (0-1),  Kevin McNern;  Padraig Byrne,  Aaron Doherty (0-3, 1f, 0-1 pen) Ronan Gillespie (0-1); Ryan Gillespie (0-2), Christopher Byrne (0-1, 1m), Lanty Molloy (0-4). Subs Paul O’Hare for Ronan Gillespie  Declan McGuire for David O Donnell Malin: Darragh McLaughlin; Garry Farren, Ciaran Doherty, Keelan White;  Kieran McColgan,  Damien Harkin,  Connor Farren; Sean O Neill (0-1),  Christopher McLaughlin; Connor McColgan, Paul McLaughlin (1-2); Oisin McGonagle, Josh Conlan (0-2), Barry McLaughlin, Charlie Byrne  Subs Dan McDaid for O Mcgonagle  Mathew Mullarkey for K White Referee Val Murray (Aodh Ruadh)
Naomh Columba defeat Malin to seal IFC semi-final spot was last modified: September 6th, 2020 by Alan Foley