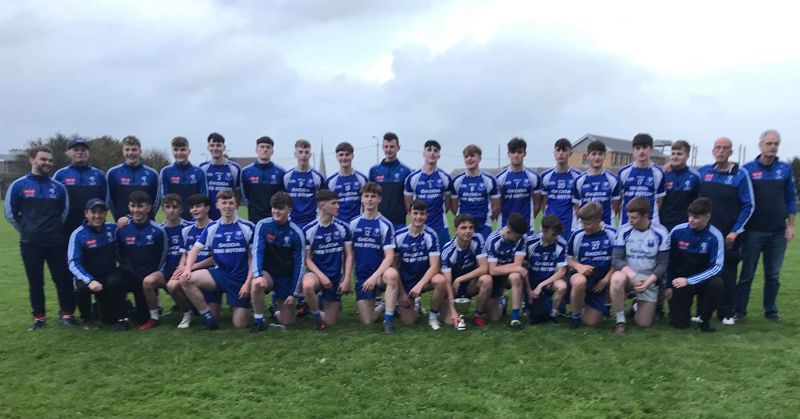 AN excellent evening for Four Masters saw the Tir Chonaill Park side win the Southern Regional Board MFC title.

Alex McCalmont and Daniel Slevin, from a late penalty, netted the goals as Four Masters triumphed in Bundoran.

The Donegal town side were 0-7 to 0-2 in front by the 24th minute, with a double by McCalmont opening the five-point lead.

McCalmont might have gone for goal with the second effort, but fired over.

Naomh Conaill finished the half well and they hit four-in-a-row to narrow the deficit with Daniel Gildea arrowing over two points.

Ten minutes into the second half, McCalmont drove to the net from 12 yards to put his men seven ahead.

McCalmont and two by Slevin widened the margin again before Odhran McCalliog goaled for Naomh Conaill.

In the final minute, Slevin rammed home a penalty to seal the night.