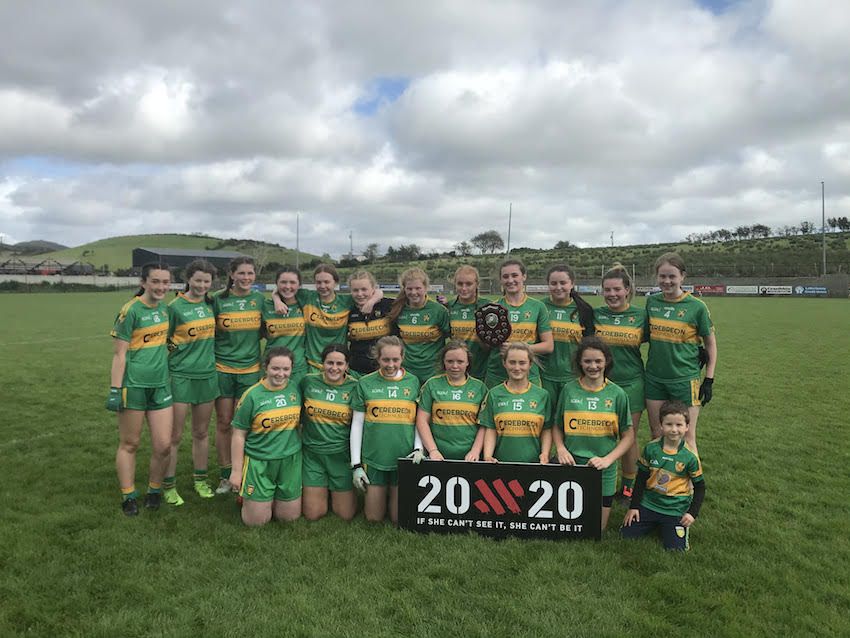 ARDARA clinched the Donegal LGFA Division 3 minor title yesterday after an absorbing battle with Carndonagh at The Burn Road.

Carndonagh led 2-6 to 1-4 at half-time but Ardara – inspired by ten points from Caoimhe Brennan and two Jessica Gallagher goals – turned the tables.

Gallagher netted in the first half, but her team trailed at the interval.

Breena Tully hit a goal early on for Carn and four points from Amy Porter was steering them in the right direction before they added a second goal from a free just before half-time.

Gallagher added a second goal in the second half as Ardara took over.

However, Carn took the tie to extra time with two late frees.

Ardara, with Brennan to the fore, hit off in extra time. Porter kept Carndonagh in touch, but it was Ardara’s day and the silverware made its way back to Kentucky.