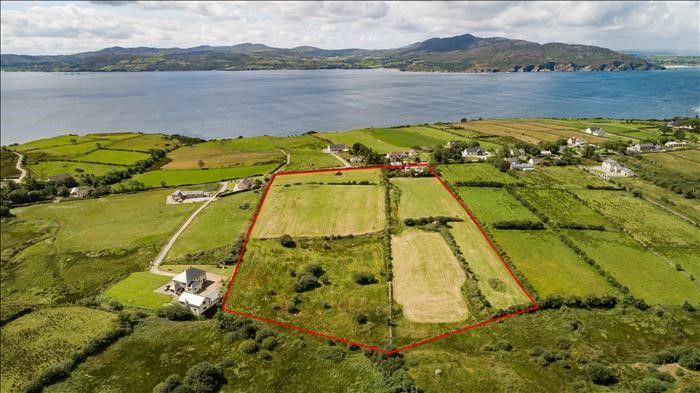 Donegal farm sells for a LOT more than expected

A small farm in Donegal has been sold for record sale of €36,000 per acre.

The 10acre farm at Muineagh, Linsfort, Buncrana made over three times its guide price when it was sold in an online auction earlier this month.

Today’s Farming Independent reports that a local man picked up the lot for €360,000. At €36,000 per acre, it’s believed that a new record has been set for land in Donegal.

The lot, which opened at €100,000 contains six small fields with some road frontage, as well as a derelict house, one good shed and various other sheds.

Fourteen bidders were in action for the lot during the online auction by Dara Furey at Sean Furey Auctioneers.  The unique auction of the late Dan ‘Texas’ O’Donnell’s land holdings attracted bidders from all over Ireland, the UK, America, Australia and the Middle East, as well as locals in Inishowen.

Every parcel made more than its guide price and the auction of seven lots generated over €1.5 million from a reserve total of €700,000

“This was a very progressive day for auctioneering and estate agency in Donegal being the first ever online property auction by a Donegal auctioneer,” said Inishowen auctioneer Dara Furey.

“The online option really does open up Donegal to the rest of the world.”

The Fureys were forced to bring the auction online to the ‘offr’ platform on their website after plans for an outdoor auction were halted by Covid-19 restrictions. The result was a major boost for the firm, as they took in half a million in registration deposits and over 400 bids.